Small and medium businesses using cloud computing and websites expect to earn more revenue than firms that don’t. Software provider MYOB’s March 2013 Business Monitor released on Monday shows the financial gap between firms confident with the online world and those that are wary was expanding, but the adoption of online technologies had changed little in the past nine months. In a study of more than 1000 small and medium enterprises (SMEs), 16 per cent used cloud computing in business, up from 14 per cent in July 2012. Firms saying they had a website was unchanged at 38 per cent. 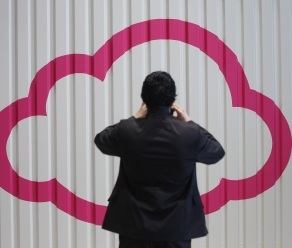 Cloud computing allows access to a shared pool of programs and sites, usually via the internet, as opposed to using individual computer software.

Firms saying they used the cloud were 106 per cent more likely to expect revenue to rise in the past year than those that didn’t, up from 53 per cent in July.

Businesses with a website were 60 per cent more likely for revenue to increase, up from 53 per cent.

“That said, I’m surprised fewer than one in every six say they use cloud in business.”

SMEs wanted more government involvement in preparing the sector for an online future, with more than half of respondents stating they would vote for the political party that offered free government-funded training to small business, he said.

Accessing data from anywhere was the most popular reason for using the cloud (52 per cent), while 36 per cent said they liked their staff having the ability to work remotely.

The top reason for those not using cloud computing was a lack of knowledge about its functions and concern over making the “right business decisions” (35 per cent).

This was followed by firms saying they were not “very tech-savvy” and lacked confidence in looking at it for their business (22 per cent).