Surprise! There may be a business in Google Apps after all!

Cloud Sherpas has seen revenue from both its Google Apps and Salesforce.com businesses double in the past year. That seams to indicate that third-party VARs and integrators can make a living off low-cost SaaS applications — and that Google gets that it needs an ecosystem. 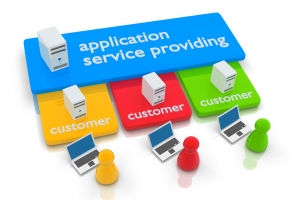 There’s no doubt that Google Apps has traction. Lots of startups and even larger companies are aboard. What’s in question is how many of those people are paying for the Google Apps for Business version (as opposed to the freebie) and whether there’s enough action there to support third-party service providers that resell and integrate those apps with outside applications.

According to Cloud Sherpas, there is plenty of money in that market — the Atlanta-based Google partner says its Google Apps-related revenue more than doubled year to year. And it’s brought on Chris Arroyo, former VP and CFO at Capgemini as CFO to help it attack more of that big-business opportunity.

There’s a lack of objective numbers on sales of Google Apps and rival Microsoft Office 365, but one thing is clear: Companies don’t want to pay a ton for productivity applications — a market dominated by Microsoft Office for years before coming under attack by less expensive (and less feature-rich) software-as-a-service offerings like Google Apps.

Atlanta-based Cloud Sherpas was Google’s Enterprise Partner of the Year in 2011, so it’ s hardly a neutral observer here, but it’s claims nonetheless bear noting. The company said it logged $12 million in revenue last year on Google Apps and $10 million on Salesforce.com and this year expects  to hit $45 million in total revenue across both businesses. Even discounting its merger last year with GlobalOne, a Salesforce.com partner, that’s impressive growth.

Google Apps undoubtedly gets traction among cash-strapped startups — younger companies that are less tied to Microsoft’s apron strings. But, Cloud Sherpas CEO David Northington, said he sees enterprises adopting Google Apps at a nice clip. “The real push is in the enterprise space and we’re in the middle of that,” he told me last week.

The battle of the SaaS upstarts

“We do see Microsoft in [enterprise] accounts and when they win it’s by heavily discounting [Office/Office 365] and rolling it into enterprise agreements that are predicated on buying more legacy software and [client access licenses],” Cohn said. That strategy has worked to devastating effect for Microsoft in the past, pushing huge adoption of SharePoint and Microsoft CRM, example.

Cohn said he doesn’t think Microsoft can replicate that past success with Office 365, however. “Office 365 has cloud elements but it more a hybrid that remains tied into Microsoft on-premises software. When companies move to Google Apps, it’s their last migration. They won’t have to deal with upgrades every 3 or 4 years,” he said.

That traction seems to indicate that Google, which is at heart an internet search and ad company, is starting to “get” that it needs an ecosystem of  third-party VARs and integrators to tie its SaaS applications into legacy software and other SaaS products.

Cohn said there are several ways an integrator can thrive in this low-cost SaaS world. First, Cloud Sherpas gets margin on the upfront sale and a continuing piece of the ongoing revenue from Google Apps.  Beyond that, it can integrate SaaS applications from different vendors with each other and to older on-premises software. “We can provide our customer with a single place to consolidate their service level agreements [SLAs] and track users. We can also enhance their applications and carry them to mobile devices and adapt them for vertical applications,” he said.