Cloud computing has sailed past infancy, experienced untold growing pains and jetted through awkward adolescence. And now it’s finally growing up. That’s at least according to the new TechInsight report “Cloud Succeeds, Now What?” commissioned by software and IT management firm CA Technologies Inc. 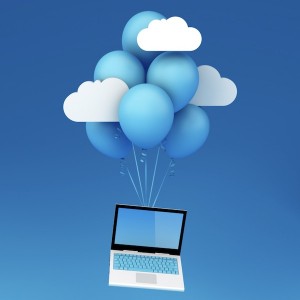 As the study’s title suggests, that raises the question “now what?”

For one, cloud’s maturity heralds a paradigm shift in the IT environment. While it may signal potential commoditization in some cloud markets, it also ufacilitates profitable niches and allows the channel to cultivate innovative and specialized high-margin services that will further accelerate cloud’s evolution.

At the outset, the findings connote optimism. Altogether, IT decision makers that have sustained cloud implementations for at least a year reported achieving better results, faster deployments and lower costs attributed directly to the as-a-service computing model.

The TechInsight report maintains that the cloud is mostly exceeding expectations. The majority of respondents maintained that cloud investments outpaced anticipated results across several different service models including Infrastructure as a Service (IaaS), Platform as a Service (PaaS) and Software as a Service (SaaS).

And one of the benefits of maturity is that many of the previous cloud stumbling blocks around security, performance and management have been at least discovered if not addressed in some meaningful way. In short, a sign of maturity is that a lot of the bugs have already been worked out.

Perhaps surprisingly, speed of innovation topped cost-savings as a desired benefit – in the U.S., respondents named “increased speed of innovation,” and “superior IT performance/scalability/resiliency,” as desired perks that outweighed the potential to reduce costs.

“Going in, we expected the results to be much more balanced between successes and challenges across a variety of deployments and service models,” said John Michelsen, chief technology officer, CA Technologies. “Surprisingly, survey respondents were pleased with their cloud computing initiatives, which validates that the cloud is not just a fad, and instead they are focusing on making the most of it to drive innovation, speed and performance.”

Here are some of the most salient findings:

So what does that mean for the channel? By now, most organizations have some kind of cloud infrastructure in place. There is still copious demand for cloud deployments, however the rocket-like growth experienced during initial phases of cloud trends will likely slow as the market reaches equilibrium and plateaus.

The days of reaping unbridled profits via simple implementation might be numbered, but that doesn’t mean that channel opportunity around the cloud is coming to an end. It just looks a little different as the market continues to mature. For solution providers, cloud’s maturation might appear like a saturation point, but it is still poised to propel the MSP channel to new levels of cloud expertise and the build out high-value specializations tailored to meet customers’ distinct needs – a development that will sustain and drive revenues into the foreseeable future.