States Taxing the Cloud: It Was Only a Matter of Time

You know what they say about two things being certain in life. The tax part of that illustrious pair is now rearing its ugly head in the world of cloud computing. It seems that politicians are finally starting to realize that this cloud computing “thing” is actually generating a lot of revenue — and they want their slice of the pie. However, let’s stay far away from the politics and just consider the ramifications of cloud taxation on cloud adoption. 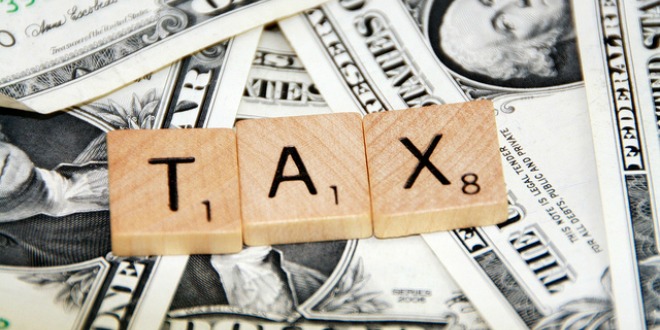 Legislators in Massachusetts, among others, have begun pursuing or have already been successful in applying taxation to web-based services. The big question in my mind is what this actually affects. What difference, if any, will taxation make in the cloud market?

The Effect of Taxing the Cloud

Alright, full disclosure time … my first reaction to the question of taxing the cloud was a big “So, what!” My logic was that cloud costs would increase somewhere around 4.5% in the Massachusetts example, which would still leave cloud-based solutions with a cost-advantage over physical deployments. I thought this might level the playing field somewhat in a few fringe cases. However, as I started looking into it a little bit more, a few things came to light.

First, where, exactly, do you tax the cloud? The location of the cloud is nebulous. Do you tax in the place where the services are consumed? The place where the data center is located? If the former, what do you do with the mobile user who is potentially consuming services across many geographies. If the latter, won’t cloud providers just shift as much of their infrastructure as possible to data centers in tax advantaged areas — especially areas like Idaho and Vermont, where legislators have come out in support of tax-free cloud computing? Then, what if both policies are employed, or what about when different jurisdictions apply different tax policies? There’s a lot of new complexity introduced in employing cloud services in these scenarios. It seems there could be a cottage industry in the making in just determining how to apply and enforce taxes in the cloud – perhaps a SaaS application that handles all of that is in order. This is great for the lawyers, and possibly an application developer or two, but it’s terrible for IT.

Second, does cloud taxation discourage technological advancement? Perhaps specific jurisdictions with underdeveloped tax codes create risks that drive companies to invest in innovation in other geographies. This appears to be part of the rationale behind the move to end taxation of software delivered via the cloud in Idaho. Maybe narrowing the definition of taxable services as they have apparently done in Massachusetts is the answer. It would be interesting to compare and contrast the results of different states with those taxing – like Texas, Ohio, New York, and South Carolina – with those not taxing – like Idaho and Vermont. But that’s another research project for another time.

Finally, what about the international picture? According to a recent Ernst & Young report, “…local tax laws have not evolved sufficiently to specifically address the taxation of cloud computing services, as the laws often predate the emergence and rise of popularity of cloud computing technologies.” The same report puts the U.S., as a whole, in the same high-risk category as China and India in terms of the risk associated with deploying or utilizing cloud services. Conversely, it says that Ireland, the Netherlands, and Switzerland represented the lowest risk geographies for the same. A host of countries fall somewhere in the middle, but the moral of the story is that, by and large, tax codes haven’t caught up with cloud technology yet – really anywhere in the world.

The Economics of the Cloud

Next, let’s consider the economics of the cloud by walking through some logic. For the sake of argument, let’s assume that ALL of the additional costs of a tax are passed along to the consumer of the service (this may or may not hold in practice, but let’s assume it does).

But, let’s break down the ROI of deploying in the cloud versus that of traditional infrastructure. A report published by Booz|Allen|Hamilton in 2010 on the economics of cloud computing in U.S. Federal Government scenarios projected annual savings in the 65-85 percent range for applications deployed in the cloud. This is essentially made up of a couple of components:

As a result, many cloud and managed service providers (MSPs) are indeed winning on lower cost. Gartner projects that spending on public cloud services will grow at nearly 19% and that Infrastructure as a Service (IaaS) will grow at about 41% from 2011 to 2016. So, does a 4.5% increase in the cost of cloud really impact that equation if the cloud total cost of ownership is literally less than half of the on-premise solution (based on the Booz Allen report above)? Add to this the fact that deployment of new apps and services in the cloud is usually significantly faster, and the provisioning of new resources to enable optimal service delivery is easier and quicker, too.

So, doesn’t all of this result in a slam dunk in favor of the cloud? Not so fast! While cost is always a consideration, it’s not necessarily the primary factor in the decision. Beyond optimizing service delivery and increasing IT agility, there are looming questions that continue to pull some organizations away from externally-hosted infrastructure. These range from cloud security to cloud standards and into many other specific issues within IT departments.

Getting Back to Taxes

I don’t believe that cloud taxation changes much from a cloud ROI perspective. The numbers are still pretty firmly in cloud’s favor. I think the bigger issue in cloud adoption is less about cost, and more about addressing security and standardization. As these concerns are addressed, the core cloud value propositions of flexibility, agility, and optimization become even harder for organizations to resist. Still, there are certain fringe cases where physical infrastructure may win out in the future much the way that mainframes and other big iron remain in our environments today, but the majority of workloads will ultimately live in the cloud.