Standard Bank is planning to move its human resources application to cloud computing as a low-risk exercise before it will consider placing its core banking services in the cloud. 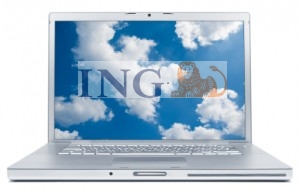 Cloud computing — which allows access to IT services via the internet — is cheaper than customised in-house systems as it involves no upfront capital costs and is flexible and scalable.

Willie Stegmann, director of the bank’s core banking transformation programme, told a SAP financial services conference in London on Wednesday that the bank was working with the business management software maker to put its human resources system in the cloud within the next six months.

If that went well, Standard Bank would also move other services into the cloud quickly, he said. “I am convinced that this is possible, that it is going to happen. I think it’s not if — it’s when,” he said.

A move to the cloud would involve working with the regulatory authorities on security and compliance with banking regulations.

“It’s early days from a regulatory point of view … although our regulations are generally quite sophisticated,” said Mr Stegmann.

He predicted the bank would not put its core banking services in the cloud in the short term, but take a three- to five-year view.

Robert Grimes, who works on the SAP Financial Services Network, said banks realised that they had to “move with the times”.

“With eBay and PayPal (online payment services) there are commercial markets out there that are in the cloud … and if banks want to be able to compete, they need to find ways to make it work within the cloud,” he said.

Regulators, in turn, need to understand how the cloud works and make necessary changes, he said.

Banks have started moving peripheral systems into the cloud, such as analytic capabilities.

Mobile banking has issues similar to cloud banking as it also involves moving core systems out of the bank and onto a mobile network.

But fears about the security of a bank’s data in the cloud are unfounded, said Simon Paris, global head of financial services for SAP. “The fear is driven by misunderstanding … banks are already operating in the virtual world.”

He said regulators’ main fear was that confidential data would be exposed, but security issues had already been addressed.

Mr Paris said it was more important for banks to ask what they should put in the cloud.

Many banks choose to place secondary business processes — such as human capital management or procurement — in the cloud. “So if the system goes down, the world does not end,” he said.

Mr Paris also said first-tier banks were the most reluctant to move their core banking services to the cloud, while smaller banks were moving to the cloud out of necessity as they could not afford customised services.