Southeast Asia could be the next big ecommerce opportunity: report

China’s booming ecommerce sales tend to grab most of the attention when we talk about businesses opportunities in APAC, and it’s understandable that foreign companies are drawn to more mature markets.

However a new report from Econsultancy and Hybris reveals that businesses shouldn’t overlook the emergence of South-East Asia’s rapidly evolving online space and the myriad opportunities that swift ecommerce adoption is starting to foster. 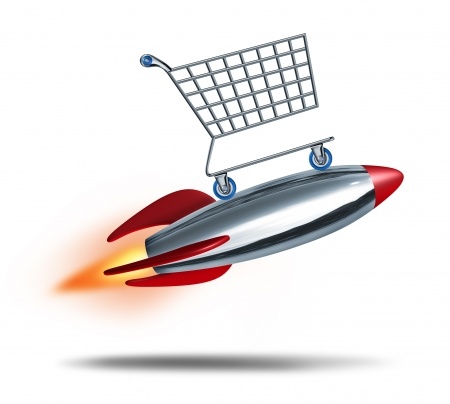 ASEAN nations currently account for 9.6% of the APAC online population, a figure which is obviously dwarfed by China (54%) but at 62m people it’s not an insignificant market.

There are also strong indicators that ecommerce usage is reaching a tipping point. For example, just under three-quarters (73%) of Singapore’s population is presently connected to the internet, one of the highest in the region.

Similarly, Taiwan has the deepest social media penetration rate in the region at 69%. This is followed by Brunei, Hong Kong, and Singapore at 67%, 61% and 59% respectively.

To put this in context, the average rate of social media penetration in Asia is 35%. The State of Ecommerce in South-East Asia report contains further evidence highlighting the widespread adoption of ecommerce in the region alongside in-depth interviews and an online survey of marketers that’s designed to better quantify feedback around some key questions.

Supporting the projected growth, the Econsultancy survey shows that a majority of companies in the region are planning to increase their level of investment in ecommerce technology over the next 12 months.

Fewer than one-third will maintain the same budget or decrease their investment, though it’s important to note that the base size for this question is quite low.

Are you/your clients planning to increase your/their investment in ecommerce technology during the next 12 months? As a follow up question respondents were asked whether they agreed with a series of statements relating to ecommerce.

The results show that businesses in the region are trying to improve their digital capabilities, which gives a strong indication that a vibrant ecommerce market is beginning to take root.

For example, 90% of respondents said that they are working towards a more unified customer experience, while 60% said that mobile commerce would be a key focus during the next 12 months.

For further insight into the growing opportunity in the region, download the Econsultancy and Hybris State of Ecommerce in South-East Asia report.

Do you agree or disagree with the following statements relating to ecommerce?