One of the funny things about the cloud is that it’s often difficult to know what’s behind the curtain. Before IBM bought IaaS provider SoftLayer in June, we were hard-pressed to determine precisely what sort of IaaS Big Blue was offering. 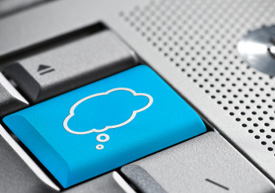 Yes, the company had a virtual server configurator similar to Amazon’s, but the self-service stopped there: You’d tally up your config, submit it, and IBM would get back to you.

Then there was that fuss in July about the SEC investigating IBM to discover exactly how Big Blue was calculating the 70 percent increase in cloud revenue it reported for the first half of 2013 (although, to be fair, cloud-washing like this seems commonplace).

IBM acquired a big hunk of cloud credibility with the $2 billion it paid for SoftLayer. According to SoftLayer CEO Lance Crosby, whom I interviewed last week, SoftLayer has 120,000 physical nodes in 13 data centers. Thanks to IBM, that footprint is poised to get a whole lot bigger. “We’re going to have massive expansion in the next 24 months,” Crosby says.

The quiet cloud company
Founded in Dallas in 2005, SoftLayer was the largest privately held IaaS provider until it became part of IBM. “We were cloud before cloud was cool,” says Crosby, offering both multitenanted and single-tenanted IaaS. Self-service has always been part of the deal, right up until the acquisition. “We were at $500 million in revenue without an outbound salesperson, so it’s all self-service.”

Contrary to the approach of Amazon Web Services, Crosby always believed in giving complete visibility into the hardware infrastructure behind the cloud. “The concept of creating this fungible machine where you don’t have to worry about the underlying infrastructure — it’s nonsense,” says Crosby. “In SoftLayer, you can drill down to the server, the rack, the network board, the serial numbers … everything down to the encryption level on the drive” even in multitenanted systems.

That may not seem very cloudy to some. But according to Crosby, offering such transparency — and in single-tenanted systems, granular control over configuration — delivers special benefit to SoftLayer customers. He provides a detailed example:

We have a customer who is writing a big data solution for retail. They’re using SSD drives, and their developers are saying “you should be getting better performance from the drives.” The [customer’s] devops guys looked into the drives, and their drives actually had two versions of firmware… They swapped the firmware on the drives — they pushed a button and made an API call — and performance went up 25 percent. In Amazon land, you’ve got to buy 25 percent more machine.

Crosby said he pushed his engineers from the beginning to build in this extreme level of visibility, which resulted in SoftLayer’s Infrastructure Management System (IMS), an API layer that today offers 2,200 documented methods across 180 discrete services. According to Crosby, he allowed his good friend Lanham Napier, CEO of Rackspace, to use IMS as the original framework for OpenStack, which now stands as the open source leader in cloud software platforms.

Crosby’s mention of OpenStack raises a provocative question. Back in March, IBM’s Angel Diaz, vice president of software standards and cloud, stated that all IBM cloud solutions would be based on OpenStack going forward. Yes, SoftLayer supports OpenStack clouds, says Crosby, but also CloudStack, VMware, and Hyper-V clouds. This malleability falls in line with SoftLayer’s philosophy of giving the customer control — and, interestingly, mirrors IBM’s have-it-your-way tradition as well.

Yet it’s also clear that OpenStack will play a vital role. Over the years IBM has acquired 110 SaaS and PaaS apps, says Crosby, all of which will be deployed on OpenStack in combination with IMS. About 50 of these acquisitions are already “in flight” to the SoftLayer platform.

This says a lot about IBM’s plans as a cloud provider — and about its motive for buying SoftLayer. Crosby describes the seminal meeting with IBM this way:

My view of IBM was like that of everyone in Silicon Valley: they’re the enterprise, managed, high-touch services company. So the first time I met with Erich Clementi and Steve Mills and Jim Comfort, I was blown away at all the pieces they had bought to put in place. I had no idea they had acquired these SaaS and PaaS plays. And when they described that they wanted the infrastructure piece and this was the one thread that brought it all together, that they were going to make the commitment to make SoftLayer the fundamental platform of what’s going to be driving all of that … I couldn’t believe it.

Among the IBM solutions that will be deployed on the SoftLayer cloud include BigInsights for big data anlaysis, and BlueMix, the next generation cloud platform based on IBM’s Open Cloud Architecture and Cloud Foundry.

IBM will bring a new wave of enterprise customers to SoftLayer, particularly in government, telecom, financial services, and healthcare. Although, Crosby says, the shift to enterprise tenants had already begun before the acquisition: “In 2011, the enterprise started showing up. My top 25 customer base literally flipped in 12 months. It went all Fortune 500.”

That presented Crosby with a choice: “Do I build an enterprise team to address this, which will cost hundreds of millions of dollars, or do I sell the company to someone who has the resources? That was the inflection point for SoftLayer.” Getting under IBM’s wing has already changed the game. “Thanks to the IBM name, we’re bidding on projects that are unbelievable in size,” he says, noting that SoftLayer has acquired 1,600 new customers in the past 90 days.

Global expansion
The buildout in capacity has already begun, with four new data centers coming online in the next four months: in Hong Kong, London, Ashland, Va., and Richardson, Texas. “From there you’ll see expansion through Europe, through Asia, into South America … it’s a worldwide push to get into all continents so that we really have a global footprint,” Crosby says.

Ever since Lou Gerstner transformed IBM into a services-first company, Big Blue has been known as the behemoth that can get the job done for large enterprises. But it has not necessarily been known as a company that gets things done quickly, and its confusing array of SmartCloud solutions has not taken the enterprise market by storm.

Crosby’s sketch of IBM’s plans to stitch together SaaS and PaaS offerings on SoftLayer’s infrastructure provides a fascinating glimpse of IBM’s future cloud strategy. At the very least, SoftLayer seems poised to provide a platform to accelerate deployment for large IBM engagements — at a scale other enterprise cloud competitors will be hard-pressed to match.