Social media, cloud computing hold promise for Indian IT in 2013

Flat IT budgets and uncertain macro environment may continue to challenge the Indian IT-BPO industry, but as technology becomes more central to everyday lives of consumers and corporate alike, 2013 promises to be a good year for the $100 billion sector.

Post the 2008 global financial crisis, the Indian IT industry, which saw phenomenal growth in the preceding five years on back of a over 25 percent growth in exports that made companies like Infosys, TCS, and Wipro poster boys for investors, seems to have lost its sheen. 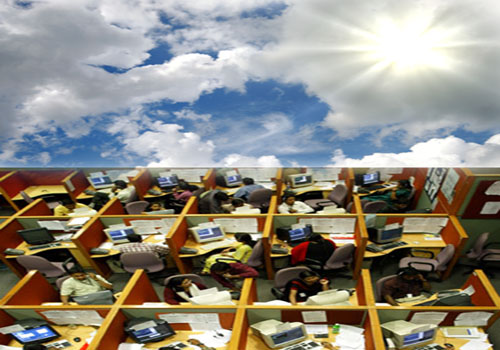 These along with domestic policy paralysis prompted software services industry body Nasscom to lower growth forecast for 2012-13 for IT-BPO exports to 11-14 percent from previous fiscal’s target of 16-18 per cent growth.

IT companies seem to be ready for this new “normal” and are now embracing technologies like social media, cloud, analytics and mobility (SCAM) to optimise and ensure efficiency in business environment, all within flat or lower than usual IT budgets.

While the global macroeconomic scenario remains uncertain in the coming years, the industry will continue to exhibit resilience and adaptability in continually reinventing itself to retain its appeal to clients, Nasscom said.

“The year 2012 has been a landmark year for the Indian IT industry… At such a large base, we expect the industry to clock double digit growth in FY 2013 which exhibits that despite global uncertainties, IT-BPM industry has moved from efficiency to effectiveness,” it added in an emailed response.

Also, Infosys slashed its revenue growth outlook to five percent for FY2012-13 and suspended its practice of giving quarterly guidance, while Wipro hived off its non-IT businesses like Consumer Care & Lighting into a new company to focus exclusively on IT.

Cognizant continued to give strong competition to its counterparts, pushing Infosys to the third spot in the top Indian IT services players tally with growth of over 20 percent. Though it is not listed in India , Cognizant is often referred to as an Indian entity with three-fourth of its over 1.50 lakh employees being based here.

Overall, the companies remain confident of growth and opportunities in 2013. HCL Technologies Senior Corporate Vice President Shami Khorana said though the macro environment will continue to be challenging in 2013 with flat IT budgets, the outlook remains positive.

“We continue to maintain a positive outlook focussing energies on the US and Europe re-bid market,” he said. TCS CEO and MD N Chandrasekaran is also upbeat about the industry’s growth. “When history looks back at this era, it will be remembered for the huge technology and digital transformation we are now living through, not the economic turbulence.”

According to him, four “powerful” technologies—cloud, analytics, big data and mobility—are transforming the industry. “This is throwing up huge opportunities as companies want to optimise investments in current technology, drive growth by using digital technologies and platforms, comply with new regulations, and control new risks more effectively,” he said.

While technology adoption cycles are shrinking, clients are looking at making the right investments to stay ahead of the curve, he said. Echoing similar views, EMC President ( India and SAARC) Rajesh Janey said, “SCAM is transforming IT and business across the world. There is a transitional shift from reducing cost to improving business productivity.”

Apart from cloud computing technology, another important component of IT spend in 2013 is expected to be social media. “Technology is getting embedded into business to an ever-greater extent. New technologies and devices are playing a big role. Look at iPads, there are millions of them. Social media, too, is driving this change,” Chandrasekaran said.

Talking about growth of mid-tier companies, IDC India Country Manager Jaideep Mehta said companies like KPIT Cummins will continue to grow faster than the industry average, especially those which focus on specialised verticals.

On the policy front, a major initiative was the renaming of Department of Information Technology (DIT) as the Department of Electronics and IT (DEITy) to reflect the increasing focus of the government on the electronics sector.

The government also approved the National IT Policy as well as the National Electronics Policy, which aim to make at least one individual in every household e-literate and make the country a manufacturing hub for electronic goods.

The Policy will also promote innovation and R&D and development of applications and solutions in areas like localisation, location-based services, mobile-value added services, cloud computing, social media and utility models.

2012 also saw elections in the US , which contributes about 60 percent of the IT exports revenues and Barack Obama assuming the President’s office in a second term. Though Obama has a hard stand on outsourcing, industry experts said his re-election would not have a negative impact.

“This year, companies have been slow on acquisitions. But in 2013, we hope to see a pick-up and typical size could be between $ 25-50 million on an average as they focus on acquiring either high-end capabilities or customers,” IDC’s Mehta said.

Genpact, which acquired Triumph Engineering and Atyati Technologies during the year, saw Bain Capital buying 30 percent in the company for $ 1 billion. The year also brought relief to Infosys and Tech Mahindra, which were embroiled in legal battles.

Infosys won the case against former employee Jack Palmer, who had alleged that the firm had asked him to sign documents which said workers were heading to the US to have meetings rather than to work there. In December, the software major settled a similar lawsuit by another former employee Satya Dev Tripuraneni through mediation.

Mahindra Satyam also settled claims for alleged fraudulent misrepresentations paying $68 million (around Rs 369.24 crore) to Aberdeen Global and 22 other funds, while in July, it had settled a similar suit in the US for $12 million.

Tech Mahindra took over the reins of the scam-hit Satyam Computer Services in April, 2009, and re-branded it as Mahindra Satyam. 2012 was a year of challenges for the Indian IT sector.

While some players grew strongly, others lagged. But experts seem to be on a common ground that while the
macro environment would remain challenging, 2013 can be a good year with the right investments in platforms and innovation.