Many organizations are still in the early stages of their cloud computing journeys, and the reports are: so far, so good. No major flaws or “gotchas” have emerged in nascent cloud engagements, and CIOs are saying full steam ahead.  Still needed, however, are more security assurances, and more vendor flexibility.

That’s the key takeaway from a new report just published by Navint Partners, LLC, which finds large companies are seeing mainly positive results from their cloud computing efforts. The consulting company convened a roundtable with 20 CIOs from Fortune 500 companies to discuss their progress and concerns about cloud computing. 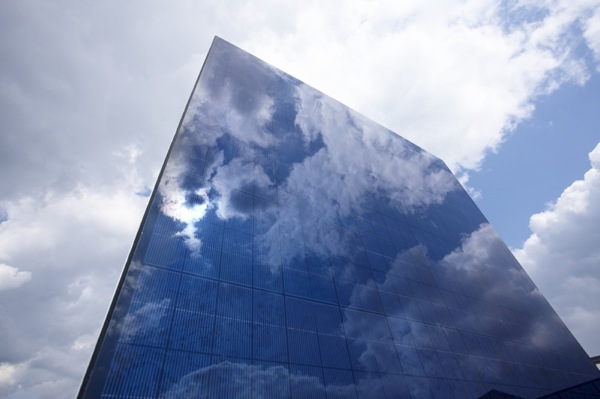 Nine out of 10 respondents, for example, say they have received 100% of the savings they expected from their cloud computing projects.  In addition, four out of five say their cloud efforts have helped their organizations achieve some sort of competitive advantage, and two-thirds say cloud has helped their organization’s efficiency and effectiveness.

These are all vague terms, of course, and the Navint report dug a little deeper into CIOs’ heads to see where they see these benefits unfolding. Robert Summers, CIO of tax preparation firm Jackson Hewitt, cautions that while positive, these are likely very preliminary results. “Many [executives and business managers] think it will take five or more years to fully realize the tangible benefits of cloud implementation.” Summers’ points are borne out in another recent study from the Cloud Security Alliance and ISACA,which estimates that cloud maturity is still at least three years out at most organizations.

Close to half of the CIOs participating in Navint’s roundtable even indicate they already have a dedicated budget for cloud computing. A majority of cloud budgets, then, are discretionary, and Summers states that “many organizations regard cloud expenses as research and development. Organizations are analyzing how the cloud demand differs across departments before appropriating fixed funding for long‐term contracts.”

Another possibility not mentioned in the report is that because cloud may be tightly baked into business processes, to the point that spending often occurs outside the IT department.  Many analysts, including Gartner, predict that soon, business units outside of IT will spend more on technology than IT itself, and cloud will be a big part of this.

Nevertheless, more money will be going into private cloud efforts than public cloud resources over the next two years — which is not surprising, given the huge internal IT inventories within Fortune 500 companies. Close to half of the CIOs contributing to the Navint report expect to boost their private cloud budgets by more than 20%, and about a third will be increasing spending on public cloud services.

Fortune 500 CIOs, then, seem happy with cloud, but there are still issues — security is still the most pressing concern — but, surprisingly, CIOs also complain about cloud vendor inflexibility.  “Despite highly advanced security and fraud countermeasures employed by cloud vendors, CIOs and other executives regard security guarantees and redundancy policies with guarded pessimism.” This concern still holds back a lot of companies from moving mission-critical applications to the cloud. “The security seems to be there today; it will become less of an issue, but people want to see it,” as Summers put it.

However, while one of the most profound advantages seen with cloud is the ability to scale up to spikes in demand — such as the seasonal demand a tax preparation firm may see, this option seems to be lacking in cloud vendors’ offerings. Jackson Hewitt’s Summers, for example, found that in general, cloud vendors offered very few options for firms and industries with peak business activity condensed into certain parts of the year. “None of the major players [we] spoke to had a pay‐as‐you‐go option,” he says. “All the agreements were about the same: you pay a standard amount for the entire year, and the provider agrees to handle some spikes in usage as percentage of the base. We needed a more custom arrangement.”