Small and medium business spending on cloud services in 2012 topped $45bn, and is predicted to rise to $95bn by 2015, according to a new study. Cloud hosting firm Parallels reported that 22 percent of SMBs are currently managing websites through cloud services, with another 30 percent of SMBs planning to adopt cloud-based website management tools by 2015. “Cloud computing has given SMBs access to computing power, applications, and services that were formerly available only to large enterprises,” Parallels wrote in its study. 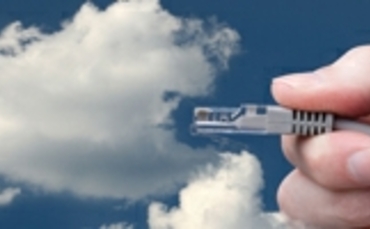 “Looking at the global IT landscape in 2012, we see SMBs’ participation in the cloud market spanning the full gamut – from having a mature cloud services market to needing education about what cloud services are.”

According to Parallels, the SMB market for cloud services will be worth $68bn by 2014, double its total estimated worth in 2011.

Parallels predicted that spending on hosted infrastructure space will reach $27bn in 2014 up from $14bn in 2011.

Cloud-based business applications for SMBs are also expected to double in 2014. Parallels said spending here will reach $20bn next year up from $9bn in the SMB market in 2011.

The growth of the industry stems from SMBs seeing an advantage in moving their in-house solutions to the cloud, while firms are now “leapfrogging” traditional in-house IT for cloud-based systems.

“[Some] SMBs that currently have no in-house IT solution and are moving, or planning to move, straight to the cloud. [They’re] ‘leapfrogging’ the typical intermediate step of purchasing in-house IT,” continued the firm in its study.

“These companies might have rudimentary IT components, such as external hard drives for storage or Excel workbooks for accounting, but they don’t have the kind of in-house infrastructure that the cloud converters do.”