ElasticHosts has launched a new style of infrastructure-as-a-service (IaaS) to challenge Amazon, Rackspace and other major cloud service providers with its own brand of cloud services. ElasticHosts announced Feb. 5 that it has nine data centers around the world, and it’s possible all nine would fit into one of Google’s or Microsoft’s. But size is not the point. ElasticHosts CEO Richard Davies says it’s competing with Amazon on price while giving customers a simpler user interface to configure exactly the servers they want, instead of having to select from the coffee shop list of small, medium or large. 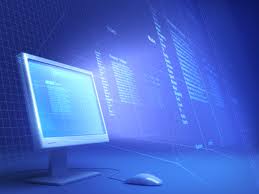 There is a growing number of small cloud service providers, many of them operating strictly on a regional basis, such as PeakColo in Denver and Phoenix; Bluelock in Indianapolis and Salt Lake City; or CoreVault in Oklahoma City and Cheyenne, Okla.

ElasticHosts is a small service provider with global pretensions and a global network of data centers to back it up.

It started out as a hosted service provider and got into IaaS in 2008, a little after Amazon Web Services established itself in 2006. It had five data centers in Europe and North America until Tuesday, when it announced four more to give it more of a global reach. The new data centers are in San Jose, Calif.; Amsterdam, the Netherlands; Sydney, Australia; and Hong Kong. They complement two data centers in its hometown of London, one in Los Angeles, one in San Antonio and one in Toronto.

CEO Richard Davies said ElasticHosts doesn’t build data centers, rather leases space in pre-built wholesale data centers where ElasticHosts places its own equipment. Its new facility in San Jose is leased from CoreSite; similar space is available in the Silicon Valley from Vantage Data Centers, Dupont Fabros and Digital Realty Trust, among others. In London, it leases from Peer 1.

By leasing space, a service provider can start small and grow into additional racks of servers. The four additions “are relatively small compared to the five existing data centers,” said Davies in an interview from his London office.

So just how large are the four added facilities? Pressed for a square footage figure or number of servers, he declined to give that information. “We haven’t released any figures,” he said. Which may mean you don’t have to be a Microsoft and build a data center for 300,000 servers near Chicago to get into the IaaS business.

“We have the capacity to run many hundreds of virtual server instances from day one,” he said.

Today’s multi-core x86 servers are each capable of running 60, 80 or even 100 server instances when packed with memory and I/O capacity, meaning a handful of servers might meet his description. “We have 1,000 active customers running thousands of virtual machines” across the nine data center locations, Davies added, though again, a relative handful of servers at each location could accommodate such a description. If demand materializes, ElasticHosts will add servers and racks at its leasing sites as needed, he said.

“We are good to run hundreds to thousands of virtual server instances” in each new location, said Davies, attempting to clarify the picture.

But ElasticHosts isn’t competing on size. Davies said the firm gives its customers the chance to assemble a virtual server similar to how they would assemble a physical one. They select the size of CPU, memory and network that they want, and each component is priced individually, instead of a service provider, such Amazon or Rackspace, supplying a pre-assembled set of servers to choose from.

ElasticHosts is based on open source code, Linux servers running the KVM hypervisor. It is an “operating system agnostic” environment that can run a variety of workloads, Davies said.

ElasticHosts also tries to offer two data centers in the same region, giving customers the option of using one as a backup or disaster recovery center outside where their systems are hosted, but not too distant from the location they’re trying to serve. ElasticHosts doesn’t have a literal, checkbox backup-and-recovery service as part of its offerings. Rather, customers need to set up such a system themselves.

Davies said ElasticHosts virtual machine management console is easier to use than better established services. It uses the same metaphor as assembling a physical server on-premises, making it more intuitive than a service where you must learn the provider’s concepts and terminology, he said.

“We tried to build a straightforward Web panel that maps more closely to how you assemble your own hardware,” he said.