Six up and coming Singapore technology companies to look out for

Innova Technology wants to make sure you never lose your valuables again. This Singapore start-up was co-founded by Mr Rick Tan and Mr Jonathan Lim, both 27.

While studying at the Singapore Management University, Mr Tan met Mr Lim and they became friends. The idea of opening a company came to Mr Tan in early 2011, when he lost his passport while on a trip overseas. 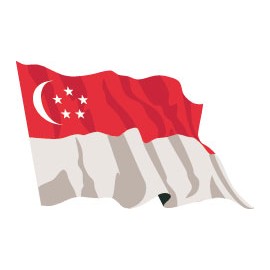 This sparked the idea of a device to alert people when they get separated from their valuables.

The idea found favour with Red Dot Ventures – a technology incubator approved by the National Research Foundation – which invested $589,000 in Innova in 2012.

This year, the start-up launched the Protag Duet (above) – a Bluetooth tracking device roughly the size of the new $1 coin, which can be attached to important items. When paired with a smartphone via Bluetooth, the alarm on the Duet goes off when it and the smartphone are separated by more than a set distance.

When the project to build the device was launched on the crowdfunding site Indiegogo, it raised $130,000 in pre-orders mainly from Singapore and the United States.

This year, it released the Protag Elite, a thin, credit card-sized gadget that works like the Duet, but is more suitable for slotting into wallets and passports, for instance.

The company says its products are now sold in 10 countries and it plans to launch two more products early next year.

It is also looking to expand into the commercial sector. It is developing a Bluetooth beacon designed for location tracking.

It plans to apply to Apple for iBeacon certification. This is Apple’s trademark for small, cheap Bluetooth transmitters made by third-party manufacturers. They are used to signal nearby iOS 7 devices.

For example, if an iOS 7 user passes a beacon in a store, the retailer’s app, if installed, could alert the user to a special offer.

You might be surprised to hear that Gavio is a home-grown brand.

With their slick packaging and fashionable designs, the headphones they make would not look out of place next to a fashionable pair of Beats cans.

Founded by McCoy Holdings in 2010, the company also makes tablet cases, portable chargers and other accessories, but focuses primarily on headphones and portable speakers.

Its products come in two styles. One line-up targets younger buyers, and showcases headphones with loud colours and striking designs. The other aims for elegance, featuring speakers with sleek, curved designs and headphones in muted, understated colours.

Last year, it partnered DC Comics and Warner Bros to launch a Superman-themed series of headphones and other accessories.

Gavio said it has eight employees and earned US$5 million (S$6.25 million) in sales revenue last year. It sells mostly in Asia, but plans to expand its channels and distribution worldwide.

It will launch new products next month at IFA Berlin 2014, an international consumer electronics and home appliances show.

TouchPico is a small handheld projector that turns any surface into an 80-inch interactive touchscreen.

The projector runs any Android app. A custom-designed stylus lets users interact with the screen.

It is a project of a Singapore start-up called Touchjet that was founded last year by Mr Tom Li Jiang, 35, a Singapore permanent resident, and Mr Liu Zhen, 36, who had been classmates at the Nanyang Technological University.

Touchjet received $800,000 in total funding from the MDA’s i.Jam programme and the National Research Foundation, as well as investment firms Ruvento Ventures, and TNF Ventures.

Its projector reads the stylus’ touch inputs, Mr Li explained, which opens TouchPico to a variety of uses, such as projecting movies at home, using it as a whiteboard in the classroom and playing games on a bigger screen.

Touchjet, with seven employees now, operates in Singapore, the United States and China. It is planning to set up a worldwide distribution network for the product.

While unhappiness over a product can inspire a personal challenge to create something better, Mr Daniel Chiau, 50, said the journey for home-grown headphone brand, Pendulumic, is actually due to a confluence of other factors.

His business associate and sound engineer buddy, Mr Andrew Tan, 59, was itching to do something related to audio.

At the same time, Mr Chiau’s boss, Mr Henry Lim, 58, owner of Hexon, a semi-conductor company where Mr Chiau is the general manager, was also looking at other business opportunities for the company.

A partnership was formed and two years and $250,000 later, the first pair of Pendulumic headphones was born.

The Stance S1 headphones come with a built-in lithium-ion battery, capacity for two AAA batteries and has a built-in amplifier on top of two speakers. It uses the latest Bluetooth 4.0 for wireless delivery and offers 30 hours of music playback, all for US$199 (S$259).

Their next challenge was in getting their untested product into the market and into the hands of consumers.

Instead of getting local stores to stock their product, a trio of Pendulumic employees, together with 25 S1 headphones, made their way to the 2014 National Association of Music Merchants show in Los Angeles, California, in February to pitch their cans.

They continued on the road, taking a booth at the Head-Fi Meet audio show in Costa Mesa, California, in March and managed to secure a distributor as well as presence on online retailer Amazon.

The company has sold more than 1,000 units of the S1 since the launch last December and is developing a follow-up product that enables Pendulumic headsets to share music playback from one source.

A thumb-sized doctor’s check-up. That is what Zensorium has created with Tinke, its own fitness sensor that works with smartphones.

Established in Singapore in 2011 by Japanese corporation Nitto Denko, Zensorium has been working to develop its own optical sensing technology for health and wellness. Tinke is the result of three years of research and development, designed to let users keep track of their fitness quickly and simply.

This is all the more impressive as the workhorse is a tiny 10g sensor that is only 32mm wide.

The company then opened an office in Bangkok. While Ms Chua declined to reveal last year’s annual revenue, she did say it now has about 15 staff there and more than 50 staff here.

For Tinke, the company was named a finalist in the Mobile Apps Showdown at the CES show in Las Vegas in January and was an honoree in the Health and Fitness category at the CES Innovations Design and Engineering Awards at the same show.

Zensorium is not resting on its laurels. Ms Chua promised it will soon launch a new product that will complement Tinke and expand on its features.

Singapore start-up Oaxis wants to change the way you use your smartphone case.

No longer content with simply protecting your phone, Oaxis’ new product, the Inkcase Plus (right) will let you see notifications, read books and look at pictures – all without looking at your smartphone.

This is achieved through a 3.5-inch E Ink display on the case, which communicates through the smartphone via Bluetooth and dedicated applications.

Oaxis is a relative newcomer, having started in 2010. But its parent, Gajah International, is an Original Equipment Manufacturer (OEM) that has been in existence since 2004.

Founded by Mr G-Jay Yong and two others when he was studying at the National University of Singapore, Gajah started out as a trading firm, then evolved into an OEM for consumer products in 2007.

Gajah created Oaxis as a house brand to experiment with more innovative ideas such as the Inkcase Plus, without the restrictions of the OEM business model, which relies on mass production.

Instead, the Inkcase Plus was launched on crowdfunding website Kickstarter, appealing directly to customers. So far, the Inkcase Plus has generated considerable interest. It has received nearly US$200,000 (S$249,000) in pledges so far, well above its US$100,000 goal.

Oaxis said its products have shipped to more than 37 territories, with Europe its best performing market. Its offices in Singapore, China, Hong Kong and the United States have about 150 employees.

For now, Oaxis will continue developing Inkcase Plus and its ecosystem. It plans to develop more wearables and smart devices.