Six Facts that Surprised me about Cloud Computing

In the course of my illustrious writing career, I have come across new and entertaining topics that I would have otherwise never cared to learn. For example did you know computers were called electronic brains in the 1950s? Of course knowing what we know now about the electronic brains’ memory capacities of the 1950s, it makes me wonder if all the asbestos lined schools and DDT neighborhood spray play dates were a reason for such a slow start in advancements of this electronic brain? Yet, the slang of the 1950s for computers is not what this article is about. 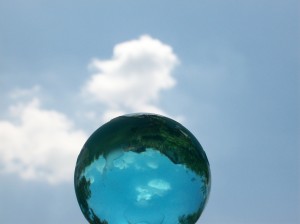 No, instead, I decided since I am going to be writing more about the cloud network I should read up on as much as I can. Yet, after starting my research I realized that I know remarkably little about this computing concept. So I figured we should have a little one on one time because I now feel it is my job to enlighten as many as I can on this foreign concept with a few facts that surprised me, but may help us understand the true vision of the cloud.

*Now for full disclosure I only had time to work off one article and I have not read the entire article yet. There might have been a Doctor Who marathon, and now I am scrambling. At least I got like the first couple paragraphs read, but my deadline is coming up, so I am just trying to get this done fast. So I am going to write this part first and read the rest as I go.

When I started reading this article on the cloud, I was surprised to learn it has a longer name than just the cloud. This took me off guard because with the popularity and global use of the cloud computing you would think some annoying know it all teenager or ironic hipster would have said something in a meme, but alas. So are we all sitting at the edges of our desk chairs screaming to the heavens to let me tell you the cloud’s official name? Is the tension too much for you? Well calm down, it is not that earth shattering, actually when I read it I was disappointed. The cloud’s official name is Cloud Strife, which begs the question, was the creator of the cloud a bitter man towards this machine with a name like Strife. Regardless, here on out I am just going to be calling this machine Cloud Strife for the rest of the article so we can get use to this name.

Did you know Cloud Strife was created on August 11th, 1986 in the city of Nibelheim? Now I am not too good with geography, but that might be in Germany, or Mongolia, or possibly Ecuador? So, I did look on Google Maps to try and find this place, but nothing came up. I am just going to guess it was a city, but it was renamed like Istanbul was Constantinople now it is Istanbul, not Constantinople (have fun getting that song out of your head). Who cares though, this is not a geography article. On a further note, I am wondering why this technology was invented before the internet was being used, but no one can tell me if a chicken or the egg came first, so I am going to go with it since I only have an hour before I get an angry email from my editor.

Yeah I know this took me off guard to. I guess there must be some company that owns the concept of the cloud machine and made it, so all of the machines look the same. Of course, never considered the cloud to have a form in the first place, but then again, there has to be some hardware somewhere. So the cloud has a physical form, but hold on that is not even the strangest part. After reading what I read about the machine I am kind of surprised by the design choice. Apparently every Cloud Strife is exactly five feet seven inches tall with yellow colored spikes on the head of the machine and wrapped in flowing black cloth material. So in older models the spikes were quite extravagant, but they toned down the spikes with the newer models. My question is, are the spikes on top of Cloud Strife a designers choice or do they serve a purpose with storage?

So apparently Cloud Strife is only compatible with some software plugins called Tifa. Apparently this program works with Cloud Strife exclusively and helps with recovery tasks. On a side note, Tifa is part of the group called Avalanche, which, fun fact, I found out makes video games.

This has got to be the strangest concept of the entire computing system. Cloud Strife has a security system that looks like a giant broken sword wrapped. I mean I get it, you got to look intimidating because you are holding a lot of private information for people, but since this is news to me how is this relevant? Now maybe I am not as tech savvy as the programmers who created this network, but what is the deal with the design choices of this machine? With all these weird design choices, I am starting to think the creator of Cloud Strife must have had a kid who went to art school who is really disappointed in their child. Maybe the child was once a promising architect, but he or she abandoned that life to be an experimental artist and their work too extreme for the general public to view. So the creator of Cloud Strife just let his child designed the cloud because their spouse told them to, and so their child could make some money. The problem is the child designed it from some strange fever dream. I mean instead of a giant sword shape security system, could the creator just have installed Norton’s firewall or something similar?

Okay, okay, we got something here. I am finally caught up to the article, and it says Cloud Strife operates under a program called Final Fantasy VII… Wait a minute why does that name sound familiar. . .