SingTel bulks up in digital marketing

Singapore Telecommunications has made its largest acquisition yet in the fast-growing digital marketing business, spending $385m on a brace of companies that allow advertisers to target consumers more accurately on mobile devices and through video and email.

The move by southeast Asia’s biggest telecoms group by revenues illustrates the appetite among global telecoms groups to acquire technologies that allow them to access new revenue streams from digital advertising. 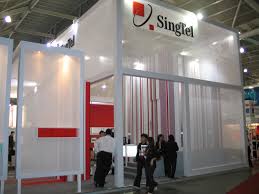 It comes as consumer companies increasingly seek to promote their products on mobile devices and tablets, using technology-driven ad buying.

Adconian provides advertising to Fortune 500 companies on video, email and social media on one technology platform, while Kontera monitors, in real time via use of algorithms, how content on devices is being used.

Amobee said having these combined capabilities would help it “better capitalise” on the global digital advertising market.

“What chief marketing officers and marketing departments of companies are saying is they want a one-stop shop that can deliver across all of the digital mediums, not just mobile display adverts, and across all devices like tablets,” said Mark Strecker, chief executive of Amobee. SingTel’s latest acquisitions are its largest in the digital marketing space since its 2012 purchase of Amobee for $321m.

Revenue from mobile advertising, primarily from Amobee, contributed to the bulk of revenue growth in SingTel’s digital business, more than doubling in the financial year ended March 31 to S$113m (US$90m).

Marketers are rapidly shifting budgets to automated ad-buying systems, with programmatic ad spending in the US increasing 56 per cent in 2013 to $7.5bn, according to Interpublic’s Magna Global.

SingTel has about 500m mobile subscribers across Indonesia, Thailand, Malaysia, Singapore and other countries in southeast Asia.

A growing middle class and rapid urbanisation in the region is attracting consumer companies and ecommerce groups such as Rakuten of Japan and Lazada.com, an online retailer backed by Germany’s Rocket Internet.

In spite of a slowdown in China, domestic demand is broadly holding up in the region. Consumer companies are starting to focus on promoting brands in Asia, rather than selling low-cost goods, according to A.T. Kearney, a consultancy.

“The region’s consumers are moving fast into the middle class and are much more sophisticated in terms of what they buy and what they expect,” said Bob Hekkelman, chief executive for southeast Asia at advertising company JWT.