Singaporean start-ups hoping to expand in China are often faced with stiff competition from local rivals, but some are finding new partnerships to survive in the market.

With 500 million people using their phones to go online, China has one of the world’s fastest growing internet mobile markets. 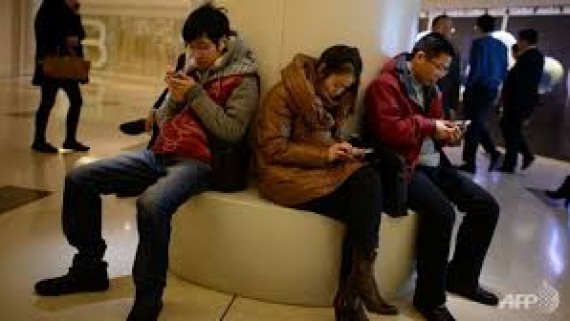 But with hundreds of thousands of tech companies battling for a share of the market, competition can be stiff.

Singaporean entrepreneur Kong Fern Chiang found that out the hard way, when he came to China to expand his digital marketing business in 2008.

“We didn’t know that in China there were so many similar products and that have already been launched and commercialised in the market,” said the 36-year-old CEO of FourMedia.

“When I was meeting partners, they can tell us ‘when it comes to this product, we have four to five similar ones in China and these guys are doing so well. A lot of shops are using them. They have a sales team going out to sell. They have a backend product team and they have a programming team. And what do you have?’”

With help from Singapore’s Infocomm Development Authority (IDA), Kong set up his first office in Chengdu in 2013.

It was during the same year he found a Chinese partner who wanted to expand into Asia and hoped to tap on Singapore’s expertise in that region.

“They have knowledge of the Asian market. Singapore’s best resources are in the service, medical and education sectors,” said Chen Chunlin, CEO of CloudM Advertising.

“Our first aim is to find more users in China. The second is to work together on new products for the markets in Singapore, China and rest of Asia, so we hope to bring many of China’s mobile internet products overseas through the international mindset of Singapore.”

Thirteen Singapore tech start-ups hoping to get a foot into China have been selected by IDA to take part in a two-week programme in Shanghai where they get to meet with potential Chinese partners, investors and customers.

Vincent Wong, CEO of IDA International, said: “We’re not saying that they lift and drop what they have in Singapore to be implemented immediately in the Chinese market, but from understanding the Chinese market, we hope they can find a niche market that can play up the uniqueness of their products.”

IDA says that what makes Singapore companies stand out from their Chinese rivals is exposure to both the eastern and western markets, with products and services otherwise not found in China.

That could possibly give Singapore start-ups the edge over their Chinese counterparts in one of the biggest and most competitive tech markets of the world.