Singapore startup Skoolbo out to boost education for millions worldwide

Skoolbo aims to improve learning experiences, particularly in English and Mathematics, among children aged four to 10, Microsoft said in a statement. 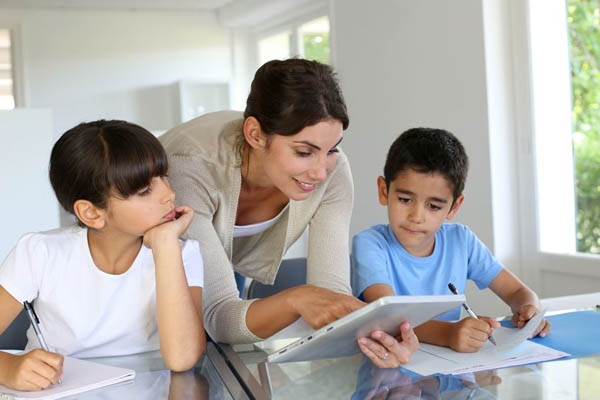 Noting that children today are ‘digital natives,’ the company sought to appeal to their active interest in computers and touch-based interfaces through the development of an educational game-based learning platform.

“Kids are already playing games and interacting with apps on smartphones and tablets,” said Tay Kok Chin, director for partnerships at Skoolbo.

“We realised that if we could offer educational games that are fun to play, children would learn whilst also enjoying the platform. Even spending just 30 minutes a day on educational games can lead to results, in terms of improving literacy and mathematics skills.”

With the help of Microsoft BizSpark Plus and Azure, Skoolbo was able to launch its Skoolbo Core Skills platform, an online multiplayer game that features 3D worlds, individualised avatars, and a rewards system.

The platform provides parents and teachers comprehensive reports on student performance that highlights strengths and weaknesses.

Over the past six months, Skoolbo has brought onboard schools across the United Kingdom, the United States, Singapore, Australia and New Zealand, onto its platform, Microsoft said.

Skoolbo runs its educational applications on open source software, including WordPress, PHP and MySQL for its website’s front-end, Node.js to run its core applications and MongoDB for its application database.

This is run on top of Linux Ubuntu Server 12.04, which is provisioned by Azure.

“The added support offered through the BizSpark programme, which saw Microsoft technicians come in to assist with migration as well as the support garnered through access to the BizSpark community of advisors, allowed us to complete migration is just under two months,” he added.

Microsoft said Azure supports a large and growing number of open-source applications, frameworks and languages, as a result of its collaboration with the open source community.

In fact, developers working on .NET, Java, PHP, Node.js and Python can use the available SDKs (software development kits) to get started quickly and take full advantage of the flexibility and scalability of the Azure platform.

Additionally, in order to reach a larger audience base and help as many children as possible, Skoolbo is focused on gaining traction first by making its platform free-to-use in the aforementioned countries.

Through a ‘forever free’ model, schools that sign up within a stipulated timeframe can use their subscription to access educational games and basic analytics for free, and only pay for more premium analytics that provide greater insight into student performance.

Since the business model is focused on growing a large user base first, cost, scalability and reliability were also important deciding factors for Skoolbo in choosing Microsoft Azure.

With Azure, the company can now grow in terms of the needed requirements through Azure’s on-demand infrastructure, Microsoft said.

“With the on-demand scalability of Azure, we need not worry about spikes in demand. Whenever we launch school promotional campaigns, traffic and resource usage increases nearly 10fold,” said Hill.

“With Azure, we can easily provision extra resources to handle these spikes – after which, we can scale back down to keep costs low as well,” he added.

“With Microsoft Azure, we have built a platform that is catered for businesses of all sizes In order for them to take advantage of a scalable yet secure cloud platform to meet their varying needs,” said Joey Tan, cloud and enterprise business group leader, Microsoft Singapore.

“Skoolbo’s ability in reaching out to over five million students in just six months is testament to how Azure can support rapid growth within an on-demand infrastructure,” he claimed.

Under the Microsoft BizSpark Plus programme, Skoolbo receives US$5,000 in free monthly credits towards the use of Azure, as well as a 40% discount on pay-as-you-go rates and free usage of MSDN software. The company saves about $60,000 annually in cloud computing costs alone, Microsoft said.

In addition, Microsoft BizSpark provides startups access to a global community of advisors, investors and a growing global network of over 2,400 partners, as well as Microsoft software and services; including Office 365, SQL Server, Microsoft Azure and Visual Studio, as well as business and technical support.

Skoolbo is now focused on growing its user base to 100 million users over the next five years. With the scalability and reliability of Azure, Skoolbo can focus on growing its core business without having to worry about its IT resources.

“With support rendered through Microsoft BizSpark and the scalability of Azure, we are confident of seeing rapid growth and hope to improve the literacy of a growing number of children in even more countries in the years to come,” said Tay.