Local tech start-up Nitrous.IO has received another round of funding from a range of global investors looking to support the company’s programming solution.

The US$6.65 million (S$8.4 million) Series A funding is being led by venture capitalist firm Bessemer Venture Partners, along with other investors such as 500 Startups and Facebook’s co-founder Eduardo Saverin. 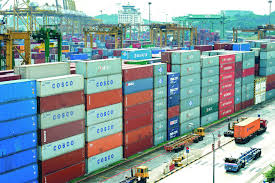 The injection of cash follows a US$1 million seed investment in August 2012, also led by Bessemer.

Commenting on why they are putting money into Nitrous.IO, investors said they like its product as it allows programmers developing new software to save their work on the cloud, so they or their team members can retrieve and continue the work anywhere with only a few clicks.

This not only eliminates the time to replicate programming settings on separate computers, but also saves software developers from spending on “expensive machines” as they can “start coding instantly on any modern Web browser”, said Nitrous.

“As an investor in a number of software companies, I’ve witnessed the amount of time development teams waste each month managing their development infrastructure. Nitrous.IO has built an elegant solution that allows operations work to be distributed to an entire team, saving them time and ultimately making them more productive,” said Mr Saverin.

Traditionally, programmers are chained to the same workstations and have to configure other computers with the same settings in order to move their work-in-progress over.

Mr Peter Kim, co-founder and Chief Technology Officer of Nitrous.IO, told TODAY the company intends to use a big part of the funding to increase the number of employees to expand its product reach. One of the company’s goals is to sell its technology to bigger enterprises.

“Enterprises have additional needs around scalability, management and audit requirements for their development environments. We’re going to grow our team so that we can extend Nitrous.IO beyond supporting individual developers and small businesses to meet the needs of large-scale enterprise clients,” Mr Kim said.

The investment in Nitrous.IO comes at a time when Singapore tech start-ups are attracting more interest among global investors.

Online beauty retailer Luxola said earlier this month it had raised US$10 million in investment, led by Japanese firm Transcosmos. And in February, storage solution startup Gridblaze was acquired by a San Francisco-based company for a reported “seven-figure sum”.