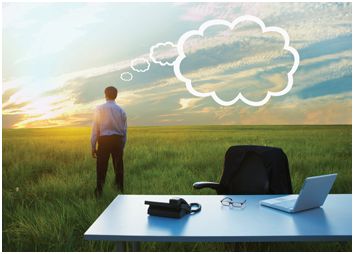 First, it will offset 70 percent of costs when SMBs implement proven ICT products and services, with these subsidies paid out directly to the vendor so local businesses won’t need to apply for the subsidy. This is an extension of an existing initiative that caters to sector-specific schemes, expanding its reach from 500 SMBs to another 10,000 over the next three years, said Tharman.

Second, to encourage SMBs to try out emerging technology, the government will fund 80 percent of such implementation costs, capped at S$1 million (US$789,420) per company. Third, small businesses can also offset 50 percent of their fiber subscription charges–with data speeds of at least 100Mbps–for up to two years, with a cap of S$120 (US$94.73) per month.

In addition, the Singapore government wants to encourage SMBs to deploy the national free Wi-Fi network, [email protected], in their premises by offering a one-time subsidy of up to S$2,400 (US$1,895) to set up the necessary equipment. It will subsidize up to 80 percent of the cost of installing in-building infrastructure, capped at S$200,000 (US$157,883) per site.

To be distributed through ICT regulator, Infocomm Development Authority of Singapore (IDA), the funds are aimed at encouraging SMBs to pilot emerging technology with the potential to transform businesses, including sensors, data analytics, and robotics, Tharman explained. The government also wants to drive high-speed connectivity among SMBs, he added, which is necessary for these companies to adopt cloud computing and data analytics tools.

“ICT is transforming almost every industry internationally. While the public sector and our larger corporations have been actively leveraging ICT, we have to help our SMBs step up adoption of ICT solutions,” the minister said. “We will give this a major push over the next three years.”

In his budget, Tharman also revealed that the country’s Productivity and Innovation Credit (PIC) Scheme would be extended for another three years after its original end date in 2015, providing tax deductions of up to S$1.2 million (US$947,299). He also unveiled the PIC+ scheme, which increases the expenditure cap for tax-deduction qualifying activities from S$400,000 to S$600,000. This means SMBs that clock a combined cap of S$1.2 million across three years of assessment will be eligible to claim tax deductions of up to S$1.8 million (US$1.41 million).

To further drive research and development (R&D) activities in Singapore, the existing 50 percent additional tax deduction scheme on qualifying R&D spending–scheduled to end in 2015–will be extended for another 10 years through to 2025.

Tay Hong Beng, head of tax at KPMG in Singapore, said in a statement: “We are happy to finally see a tax incentive specifically tailored to the needs of SMEs. The PIC+ scheme is a good step forward to provide the necessary support to encourage equipment and technology investments for longer-term and more sustainable business performance.”

SMBs account for 99 percent of enterprises in Singapore, hiring some 70 percent of the national workforce.