Singapore ripe for a digital revolution in banking

Singaporeans are well known for being technologically savvy.

Internet penetration and mobile phone ownership rates here are among the highest in the world. E-commerce sales out of Singapore make up half of South-east Asia’s total. 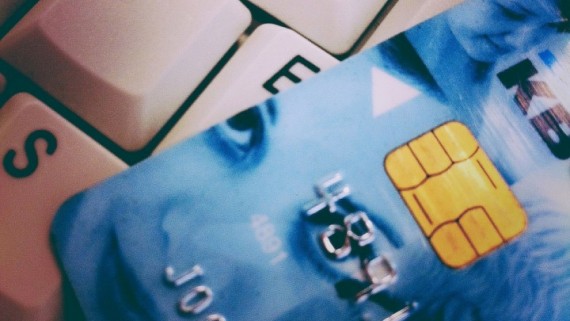 It has also become de rigueur to book taxis and movie tickets through mobile phone apps.

Yet, when it comes to banking, Singapore seems stuck in the Middle Ages. Singaporeans are among the heaviest users of cash in the world.

Our ATMs are the most heavily used worldwide, with monthly transactions at seven to eight times the global average.

However, the conditions are ripe for a digital revolution in the local banking system.

A wave of financial technology (fintech) start-ups are rolling out products and services that, in tech parlance, are “disrupting” the traditional banking industry.

For example, some offer international fund transfers at much lower rates than those offered by banks.

Others offer loans to small businesses at attractive interest rates. There are also mobile payment services that cut out banks as the middlemen.

Experts agree that Singapore, which has been nurturing the growth of a tech start-up community and where consumers are highly tech-savvy, is fertile ground for a fintech revolution.

It could even become the fintech capital of Asia, where global fintech players base their regional headquarters and new regional players can breed easily, they say. When that happens, traditional banks could very well be left in the dust.

The growth of fintech

Fintech has made great strides in disrupting traditional banking services in several countries.

One of the most successful fintech players is Alipay, an arm of the empire run by Chinese tycoon Jack Ma, who listed his e-commerce firm Alibaba in the world’s biggest initial public offering on Wall Street last year.

The Alipay app and website, now China’s most popular online payment service, allow users to transfer money directly to others, pay for utility and mobile phone bills and even keep savings that accrue a higher interest than those offered by traditional banks.

As of last October, Alipay had more than 300 million registered users in China and 17 million overseas.

Fintech has also flourished in other emerging markets such as Africa which, like China, has a large rural population that lacks easy access to traditional financial services.

It has also made a big impact in more developed markets.

South Korea, for example, is widely seen as a global leader in mobile payments.

Consumers there can easily link their credit card, debit card and savings accounts to a “mobile wallet” – an app on their mobile phones – and then use their phones to pay for everything from public transport to groceries.

A.T. Kearney partner Jungkiu Choi noted: “You get a discount when you use mobile money as there would be significantly less cash-handling costs for merchants, taxis, convenience stores and fast-food restaurants.

“You can also earn reward points.”

Fintech is more than just mobile payments and transfers.

ApexPeak, a start-up based in Singapore and South Africa, provides capital to small and medium-sized businesses.

Australia’s Pin Payments allows merchants to get started with multi-currency card payments without a security deposit or a bank’s merchant account.

Each, in their own way, is gradually taking market share away from banks.

“The local e-commerce market is growing 20 to 30 per cent every year,” he says.

The success of third-party taxi-booking apps such as GrabTaxi, Easy Taxi, Hailo and Uber shows that Singaporeans “are not stubborn about adopting technology”, he adds.

GrabTaxi, for instance, saw its booking volume grow a hundredfold in its first year, to an estimated 40,000 bookings a month by last November.

That represents about $10,000 of booking fees a month which taxi operators such as ComfortDelGro and SMRT Taxis have lost to GrabTaxi alone.

The key, Mr Mehrotra says, is that people want solutions and services that address gaps in the market.

So even though the public transport sector is tightly regulated and saturated, these third-party apps have managed to muscle in on the market because they offer innovative booking services that trump those by established taxi companies.

What’s happened in the taxi booking space could very well be a harbinger of what might befall Singapore’s banks if they don’t act fast.

“The ongoing trend of financial disruption is inevitable and a natural reaction to an inefficient and broken system,” says Mr Kevin Virgil, who co-founded fintech start-up Emerging Frontiers, a crowdfunding platform.

“For example, look at TransferWise in Europe. They are enabling consumers to make international wire transfers at much lower fees than what the banks charge,” he notes.

“They are not yet big enough to have an impact on the banks’ margins but, within two years, it will be a billion-dollar company.”

Fund management is also rife with problems, he adds.

“We are now seeing many new services and tools that enable investors to regain control of how their money is invested, whether it’s discounted wealth management like Personal Capital or Nutmeg, or equity crowdfunding platforms like Emerging Frontiers,” says Mr Virgil.

Towards a tipping point

There has to be more government support before Singaporeans are likely to see such innovative apps and services being rolled out here, Mr Mehrotra says.

“There needs to be government incentives to encourage global fintech firms to land here and regulations to allow fintech to play a bigger role in the banking industry.”

Nurturing this industry would be good for Singapore’s economy, he adds, as it creates high-value jobs and skills and is a growing sector with many future multiplier effects.

“Let’s assume the Government provides tax benefits to people who spend money via mobile wallets rather than cash,” he suggests.

Mobile wallet spending could be used to track merchant income, so it could help raise tax revenues for the Government by making it harder for merchants to under-report their income.

Regulators say they are making efforts to encourage the growth of fintech in Singapore while monitoring any regulatory issues that may crop up.

A Monetary Authority of Singapore spokesman told The Straits Times: “For instance, one of our initiatives has been to support start-up accelerator programmes, such as the one launched by Startupbootcamp FinTech in Singapore.”

So far, most banks in Singapore have not done very much to get ahead of the fintech revolution.

Overseas, some banks such as Spain’s BBVA have set up their own venture capital funds and acquired fintech players to keep up with the changing game, while others have established in-house research teams to develop their own innovations.

In Singapore, banks do roll out new websites or mobile banking apps, but these basically offer the same services that have always been available, except through the computer or mobile phone.

Some have also launched mobile wallets to allow for easier fund transfers and mobile payments. But few seem to be going into fintech on a large scale.

DBS is one of the few that looks like it is actively trying to stay ahead of the game.

According to chief executive Piyush Gupta, the bank invests $700 million to $800 million every year on technology and organises hackathons and incubator programmes for tech start-ups.

He said at a recent media briefing that the bank plans to roll out more innovative solutions, and sounded a confident note when asked whether up-and-coming fintech players are threatening his business.

“There’s nothing a tech company can do that I can’t and I can do things they can’t. Our penetration is so huge it’s easy for us to drive this,” he said.

Some experts, though, don’t think banks need to worry all that much, as they believe the future is more about collaboration between fintech players and banks, not competition.

Whether fintech players eventually come here to disrupt and challenge the traditional banking players or end up collaborating with them to offer innovative solutions together, it is clear that the consumer will win.

It’s simply a matter of time, and that could be any time now.