Singapore Ranked as a Top Market for Cross-Border Ecommerce

Singapore is a promising ecommerce market for U.S. retailers looking to sell abroad, according to a report released today from Borderfree, a market leader in international cross-border ecommerce solutions. 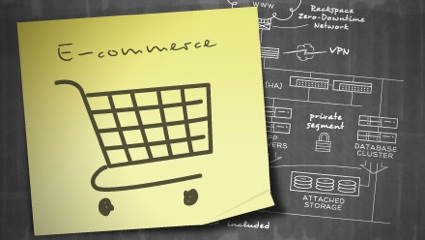 The report, part of Borderfree’s series of intelligence pieces on high-interest markets for ecommerce touts Singapore as a “very attractive” market for cross-border ecommerce thanks to the highest disposable income per household in Asia, a large population of expatriates, a thriving economy and shoppers’ familiarity with global brands.

Buying online from foreign retailers is ingrained in Singapore’s shopping culture, with shoppers spending more than 50 percent of their online dollars across borders.1 Borderfree ranks Singapore as the fifth largest market by sales volume, with shoppers spending an average of $223 U.S. dollars per order with retailers on the Borderfree platform in 2014.

“Singapore offers a unique marketplace of discerning, fashionable shoppers with a love of luxury and the spending power to back it up,” said Michael DeSimone, Chief Executive Officer of Borderfree. “With Singapore celebrating its Golden Jubilee – the fiftieth anniversary of its independence – this is a perfect time for retailers to tap into the country’s cultural and commercial festivities.”

Along with English being one of Singapore’s four main languages, a brick-and-mortar presence within the city-state from top fashion retailers like Michael Kors, Tory Burch and Kate Spade has helped to bolster brand familiarity with U.S. retailers. Other top online global brands include Valentino, Prada and Christian Louboutin.

Singapore’s retail ecommerce spending stands at $4.4 billion, with 50 percent of traffic coming from mobile devices.2, 3 Much to the appreciation of savvy Singaporean consumers looking for more bang for their buck, most goods are imported duty-free with only those items with a value of more than 400 Singapore dollars (SGD) ($320 USD) subject to Goods & Services Tax (seven percent). 4

Getting to know the Singaporean shopper

Key to successfully targeting the Singapore market is understanding its demographics and shoppers’ unique preferences. Data in Borderfree’s report paints a picture of the average online Singaporean shopper and how they like to shop:

Borderfree developed the Borderfree Index (BFI), a proprietary quantitative and qualitative measure to provide an indication of a market’s relative cross-border ecommerce attractiveness. Singapore received four out of five possible shopping carts on the BFI. To access the full report on ecommerce in Singapore.

About the Borderfree Index

The Borderfree Index (BFI) is a proprietary quantitative and qualitative measure established by Borderfree to provide an indication of a market’s relative B2C cross-border ecommerce attractiveness (subject to fluctuate over time). The BFI is a composite score based on the following five criteria: