Singapore’s main postal service is spending 182 million Singapore dollars ($145 million) on a new e-commerce logistics center in a bet that online retailing in Southeast Asia is set to boom.

The three-story, 553,000 square foot facility will be capable of handling 100,000 packages daily and should begin operations in the second half of 2016, Singapore Post, known as SingPost, said Tuesday in a statement. 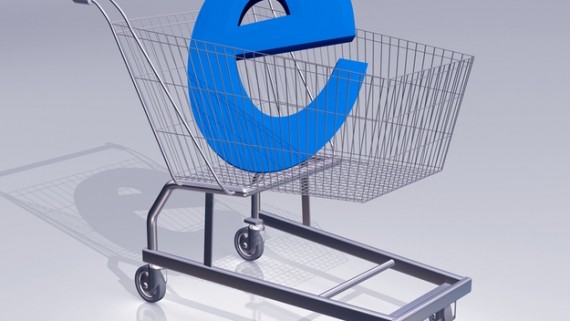 The center will be the first of its kind in Southeast Asia, and will serve not just Singapore, but help customers deliver parcels throughout the region, according to SingPost.

“As we expand our local market presence in Asian countries with local warehousing and local delivery, we need an efficient regional hub,” SingPost’s Chief Executive, Wolfgang Baier, said in the statement.

SingPost has in recent years sought to expand its e-commerce offerings to offset declining revenues in its traditional postal business.

Online shopping in Southeast Asia only accounts for 0.2% of all retail sales now, but if it increases to 5% as Internet penetration rises and low-cost smartphones proliferate, the market could be worth some $21.8 billion in the coming years, according to a UBS study.

Chinese e-commerce giant Alibaba Group — which had a blockbuster IPO last month — said in May it would pay will pay about 312.5 million Singapore dollars ($249 million) for a minority stake in SingPost as part of a tie-up to create an international e-commerce logistics business.

The new center “will cater to the growing regional and domestic e-commerce parcel volumes and it will serve all customers including Alibaba,” a SingPost spokeswoman said. She added that the new facility is being undertaken solely by SingPost.

In recent months Alibaba has signed agreements with governments and logistics providers in countries like France, Australia and Brazil to attract more overseas merchants to its Chinese online marketplaces.

Meanwhile, RedMart, a Singapore-based online grocery-delivery service founded in 2011, in July said it secured $23 million in funding from a group of investors including Facebook co-founder Eduardo Saverin and SoftBank Ventures Korea, an arm of Japanese telecommunications and Internet company SoftBank.