A new comparative study by Accenture has found that Singapore, Norway and the United Arab Emirates (UAE) rank first, second and third, respectively, among 10 countries in their use of “digital government”. 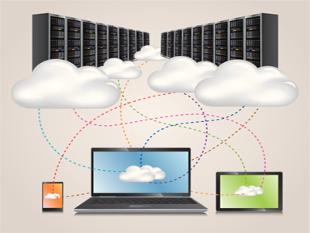 The countries in the study- Brazil, Germany, India, Norway, Singapore, South Korea, the Kingdom of Saudi Arabia, the UAE, the United Kingdom and the United States, were measured against three criterion and given a cumulative score from one to 10. The three parameters were Citizen Service Delivery Experience, Citizen Satisfaction and Service Maturity.

The majority of countries that scored best in the study have made a sustained investment in digital government. Top-ranked Singapore, for example, will be one of the first countries to ensure that every citizen has an electronic health record. The highest-ranking countries also actively seek and listen to citizen feedback. In Norway, 78 per cent of citizens believe that government should consult with them in the design and delivery of public services, which indicates a highly engaged population.

According to the report, high-performing digital governments are focusing on their digital strategy, continuing long-term investment in key information and communication technology (ICT) assets and leveraging the power of new technologies, such as social media, mobility, analytics, big data and cloud computing. These countries are also connected across agency boundaries and have a strong culture of collaboration and data sharing.

To determine citizens’ perceptions of digital government, Accenture surveyed 5,000 people across the 10 countries in the study. The survey found that the majority of respondents – 81 per cent – would like their government to provide more services through digital channels and most, 64 percent, would like to use social media to engage with government.

“Citizens interact online with retailers and banks and they also want to engage digitally with their government, connecting via mobile devices 24-7,” said Bernard Le Masson, who leads Accenture’s Health & Public Service global management consulting business. “Citizen demand for digital services is even stronger in emerging markets, such as India, Brazil, Saudi Arabia and the UAE, where 80 per cent of citizens said they would like to communicate with government via social media and on their mobiles.”