Joseph Phua didn’t waste time crying when his girlfriend of eight years dumped him, he monetized his heartache by launching Paktor, an online dating app.

Paktor, which means “to go out on a date” in the Chinese Hokkien dialect, has over a million users in South East Asia. It works on the same principles as popular U.S. dating app Tinder. 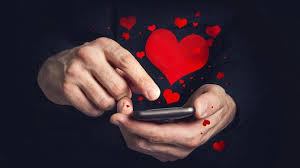 “It was a tough period for me, I was in Chicago at that time and I found it difficult to get back into the game,” Phua told CNBC Asia’s “The Rundown” on Friday.

“I turned to various dating sites and apps and had a hell of a time when I was in the U.S… and I figured that Asia doesn’t have similar applications. So I figured if I was going to come back to Singapore I might as well turn my situation into something that would benefit people like me,” he said.

Dating applications are not new in Asia and Paktor has its fair share of global and local competitors in the $2 billion sector including HowAboutWe – an app which proposes date ideas and allows users to opt in – and Grouper, which offers to pay for the first round of drinks. Two of China’s most popular dating apps – Jiayuan and Momo – boast 73 million and 100 million users respectively.

Most of these apps are free to download, but some monetize their user-bases by charging users to boost their profile, unlock a conversation or eliminate advertisements.

“There is tremendous demand for these types of services in Asia as there is a huge youth demographic, particularly in countries like India, which will support this trend,” Shiv Putcha, associate director with IDC’s Asia/Pacific consumer mobility and social consumer research team told CNBC.

However, Putcha noted the industry faces its fair share of challenges.

“Challenges include the as yet relatively small installed base of smartphones across Asia which are necessary for apps like these to thrive. Throw in high relative cost of data plans and highly fragmented device landscape for Android and what you get is a sub-optimal user experience, or at least an inconsistent one,” he added.

Vinnie Lauria, founder of venture capital firm Golden Gate Ventures, told CNBC that investors should be careful to look out for online dating apps which appeal to local users in Asia, as some of the U.S. models do not work as well in the region.

“The US has a much longer history of online activity, from dating to ecommerce, so the entire market is much more mature. In this region, many people are just taking the first steps at an online service,” he said.

Lauria flagged apps such as Paktor, the Philippines’ Peekawoo, Singapore’s Love Out Loud Asia, South Korea’s I-UM and Thailand’s Noonswoon (which his firm is invested in) as players with a strong local presence.

Too close a match?

Some critics point out that Paktor is perhaps too similar to Tinder, which claims to make 10 million matches per day.

Like Tinder, Paktor has a function that presents users with other members situated in their area. It also has a similar swipe function and a two-click registration process that links to the user’s Facebook account, avoiding lengthy profile descriptions.

Phua acknowledged that he emulated Tinder’s model based on the app’s success in the U.S. but said there’s still room for similar players in the market.

“[Tinder’s] not necessarily [competition for us.] We are a local dating application. Tinder’s user base is actually very different to ours,” he said. “If you use both applications and compare both populations there’s a huge difference between the types of people that use it.”

The Singapore-founded app is yet to make a profit, but Phua told CNBC he’s focused on building users before moving down the monetization route.

“In terms of monetization, different ways we’ve explored include ads, partnerships and internet purchases. That’s something down the road,” he added.

Paktor is currently available in nine countries including Singapore, South Korea and India, and Phua aims to tap China next.

“It’s a huge market, everyone is on mobile and it’s something we’re interested in but we are still focusing our intentions in Southeast Asia,” he added.