Shaping your IT world with cloud computing

IT’S shaping up as the next big thing — “cloud computing.”  Until recently, we’ve stored our information on hard drives and collaborated with colleagues via attachments and a confusing array of edits, highlights and multiple versions of the same document. In contrast, cloud computing moves all of that information  – emails, documents, presentations, photos, spreadsheets and so on – onto the Internet where it exists in a virtual space which we refer to as ‘the cloud’. 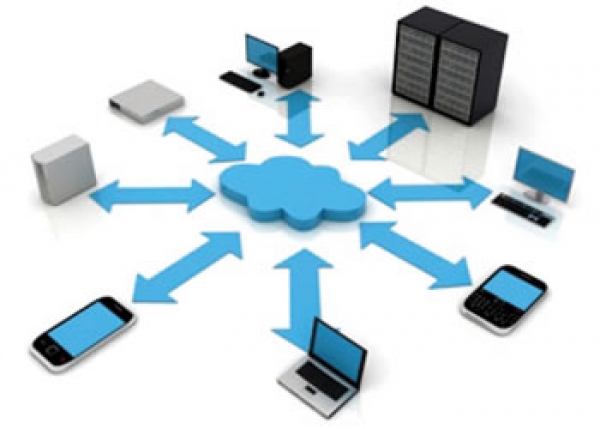 Experts predict the Cloud Computing Market will be worth $150 billion by this year and that by 2014, 60 per cent of server workloads will be spent processing Cloud data.

Most consumers have no idea what Cloud Computing is or how it works. In August 2011, the NPD Group announced research which claimed just 22 per cent of US consumers were familiar with the term, though 76 per cent of respondents reported using some type of Cloud-based service in the past 12 months.

“Whether they understand the terminology or not, consumers are actually pretty savvy in their use of cloud-based applications,” concluded Stephen Baker, vice president of industry analysis for NPD. “They might not always recognise they are performing activities in the cloud, yet they still rely on and use those services extensively.”

The simplest definition of Cloud Computing is the delivery of computing as a service rather than a product, where the service is provided over a network (typically the Internet). Pure Cloud Computing includes web email such as Gmail, Hotmail and Yahoo email; social networking sites like Facebook and Twitter and ‘streaming’ Internet entertainment services like Spotify, Netflix and BBC iPlayer. A great deal of productivity software lives “in the Cloud” as well such as Google Docs and Microsoft’s Office 365.

By having all this information reside online, you instantly become more flexible, more productive and more collaborative in the way you do things. This means for corporate organisations, no servers to manage in house or client software to be installed. Resources become available anytime, anywhere, from any device connecting to the Internet.

The cloud has the potential to deliver big savings, reducing expenditure on traditional desktop software, servers, maintenance and support. Instead of running these in-house, you ‘rent’ applications from a third party, turning capital expenditure into operational expenditure.  Then there’s the pace of innovation  that the cloud makes possible – last year, Google brought over 300 new features and applications to Google Apps.

However, there are issues beyond cost which are behind the revolutionary move to an online world. The nature of the workplace is changing. In general, workforces are more mobile and more geographically dispersed than ever before; this especially true for organisations such as media houses which have correspondents in different locations, and also for logistics, sales and distribution companies, and IT has to respond to that.

Web-based applications make for powerful collaboration in real time: accessing the same documents, communicating online; ending the need for numerous email attachments and version control issues, addressing an issue that may add up to many wasted work hours for members of staff.

For the consumer, it isn’t technically correct, but an easy rule of thumb is to substitute ‘Cloud’ for ‘Internet’.

What are the advantages? Ease of use is one because the services are maintained by the host companies. Accessibility because the majority of Cloud Computing services only require a web browser, letting you log-in anywhere and pick up where you left off. Computers crash, hardware fails, they get damaged and stolen. Without Cloud Computing that data is lost, with Cloud Computing you can just log into another computer and continue your work.

However, there are concerns. What about the seemingly constant need for Internet access that renders Cloud Computing useless on the move?
Advanced programming languages like HTML5 enable Cloud services to be stored for offline usage automatically. Meanwhile, mobile Internet performance and coverage continues to increase as do data allowances while costs fall dramatically.