The software-defined networking (SDN) market will grow sixfold during the next five years, fueled by cloud computing, according to the Dell’Oro Group. 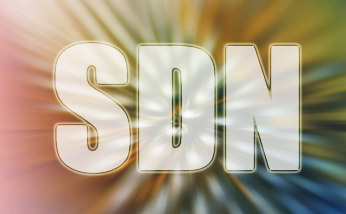 According to the firm’s Data Center Disruptors Advanced Research Report, the majority of this market will be composed of Ethernet switches and network security appliances, which are projected to represent 75% of total sales revenue in 2013.

A recent report from Transparency Market Research predicts the global market for software-defined networking (SDN) will reach more than $3.5 billion by 2018, with cloud service providers being the fastest growing segment of end users. Dell’Oro declined to provide specific numbers for the SDN market.

“You need SDN — especially the ability to program and automate — in order to have the cloud scale,” he said. “Without SDN, clouds could not scale without IT resources. SDN is an enabler of the cloud scaling to thousands and tens of thousands of applications [and] servers per IT resource.”

In regards to network security appliances, the SDN market will likely have the greatest impact on intrusion detection and prevention systems , enterprise firewalls and content security, he said. This is because these segments interact directly with network traffic.

“As SDN begins to change network traffic into network flows, these segments will have to change because the technology behind them and their function in the network will change. There is also a lot of start-up interest in this area as it’s seen as an area of product disruption,” he said.

According to a report on SDN from IT security research and advisory firm NSS Labs, one of the challenges to SDN adoption is that controller peer-to-peer security mechanisms are not yet established, so unless an enterprise controls and manages an entire network domain — virtual or physical — the benefits of SDN are limited.

“The biggest benefits of SDN occur within moderately- to highly-virtualized environments,” the report notes. “Here, the SDN toolsets are the most evolved to accommodate virtual machine deployment. An enterprise with a large percentage of non-virtual machines will not realize the same economic benefits and therefore has less need for SDN.”