Schools, governments charge into the cloud — why not businesses?

According to a study recently released by CDW Government, a provider of government technology products and services, 40 percent of K-12 schools are turning to cloud computing for storage. However, the cloud is finding other applications at schools, with conferencing and collaboration the second-most-used cloud services (36 percent), and Office and productivity tools running close behind (33 percent). 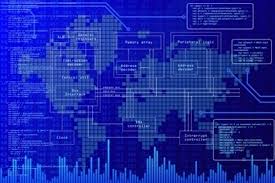 Considering that most school systems are underfunded, how they can afford cloud-based services? The truth is that they can’t afford not to use these services, because cloud computing lets them get much more IT for the money.

Indeed, state and local governments are all making the move to cloud computing faster than most Global 2000 enterprises, which should concern both stockholders and employees. Although the reasons cited for not moving to cloud computing include the lack of clarity around the use of cloud-based technology, in most cases it’s simply the fear of something new and the risks around migration, as I’ve covered in this blog many times.

If the Global 2000 gets anywhere near 30 percent use of cloud services in four years, it will be a miracle. Unfortunately, I think it will be more like 3 to 5 percent for the aggressive enterprises. Even with the U.S. government’s Cloud First initiative, the feds are likely to be at about the same low level of adoption as enterprises.

Of course, businesses would argue that they are not schools. True — however, when you get down to the fundamentals, schools and enterprises have similar IT needs at the user-facing layers. This includes storage, collaboration, and office automation, all of which are low-hanging fruit for cloud computing and have clear advantages for both types of organizations.

What’s interesting is that organizations with the least amount of money will move more quickly into the cloud, and thus find the strategic benefits faster than those that have more IT dollars to burn. The result is that where “poor” once meant poorly automated, it will start to mean “modern.”