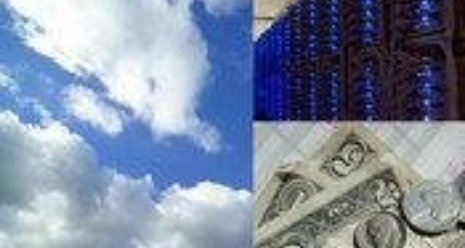 Savvis comes to the party with some of its own particular bells and whistles. To provide cloud services, it’s marrying its experience in managing large data centers with CenturyLink’s networking savvy. CenturyLink is the third-largest carrier in the United States, and that means if you’re already a CenturyLink business customer, you can move your data between CenturyLink cloud centers at no additional charge on the private network.

There could be advantages to that. With security the number one concern about public cloud data centers, Savvis can offer its telecom services users a chance to access cloud servers over private lines. That could easily prove an attractive option versus relying on the public Internet for archiving sensitive business data, as say, Microsoft Azure or Amazon Web Services customers do.

Likewise, with a strong telecommunications network undergirding them, Savvis’ five cloud data centers around the world are interlinked by lines that allow easier data replication services. Customers can set up workloads and store the data they produce in Symphony Storage at their compute site, then replicate it to another cloud location. The second location might be across town — Savvis operates redundant data centers at its cloud locations — or it might be across the country. It has cloud centers in Santa Clara, Calif.; Sterling, Va.; Toronto, Canada; Slough, U.K.; and Singapore.

When setting up your Symphony storage, “you can pick one to replicate to via a checkbox procedure, or you can go to all five” for those who demand the highest guarantee of data survivability, said P. J. Farmer, Savvis’ director of cloud storage product management.

Savvis uses this networking capability to add more services to its cloud service, still in a limited customer offering. For example, Savvis has “geo-intelligent routing” that can respond to a customer data replication choice without the customer needing to set network parameters or make destination adjustments. At the same time, it has a global namespace system that captures metadata on stored objects. The metadata is shared, in what functions as a federated directory, across the five cloud data centers. That means any employee with access rights can call up the employer’s data by seeking the correct file name. The system resolves the location of the requested file or files and delivers them — from multiple locations, if necessary.

The global namespace works through one URL, where the requestor’s location determines the first stop for his or her request, i.e., the nearest Savvis cloud center. “A request for a file in Germany will be routed to Slough, regardless of where the file is located,” said Farmer. At its first stop, the global namespace system at that data center resolves the actual location of the data, retrieves it and sends it back to the user.

“From a mobile application development perspective, this has a lot of benefit,” noted Farmer. “You could distribute an application around the world using one URL. You would not need to regionalize it,” she said.

In addition to international mobile apps, there could be many other uses. “You can do things you couldn’t do before. You have to think what your use case is going to be,” she said. An international hotel chain, for example, might wish to distribute its room directory to cloud centers on a regional basis, serving those closest and most likely to need a room the fastest.

Symphony Storage is built on an EMC Atmos storage platform and is compatible with the Atmos API framework, she said.

So what does such a storage system cost? Farmer said she had planned to set pricing at a competitive level with Amazon and Google storage services, until a price war broke out Nov. 29 when Amazon Web Services announced it would be cutting S3 storage prices from 24% to 27%. Google responded the next day, announcing similar cuts.

“I planned to be quite competitive on pricing until [Nov. 29]. Now I’ll have to think it over,” she said. Savvis is bringing added value to storage with its features and it may not follow Amazon and Google as far as they are willing to go down the price reduction path, she said.

Symphony Storage is in limited availability to select customers until early in the first quarter of 2013, when it will become generally available. Savvis says 30 of the top 100 companies in the Fortune 500 are already its cloud customers.