While Saudi Arabia is still in the early stages of cloud adoption, an increasing number of IT decision makers are seeking a deeper understanding of how cloud will fit within their organization. However, according to a recent report by international market research and advisory company IDC, although cloud continues to generate a tremendous amount of attention, primarily due to the benefits it offers in terms of operational efficiency and cost savings, only a handful of providers in the Kingdom currently offer cloud services. 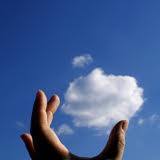 “Organizations across the kingdom have traditionally preferred to manage their IT operations internally,” said Hamza Naqshbandi, senior research analyst for IT services with IDC Saudi Arabia. “However, there has been growing interest in outsourcing models, with organizations increasingly using hosting and managed services. This growing adoption of outsourcing services is seen as a first step toward moving to a cloud-based model, as companies become more comfortable with the concept of remote services delivery.”

IDC expects total spending on cloud delivery in Saudi Arabia to increase 34.86 percent year on year in 2012. In the long term, IDC projects spending to expand at a compound annual growth rate of 49.7 percent between 2012 and 2016.

Although Saudi end-user organizations have been relatively slow to adopt cloud, the general consensus within the IT community in the kingdom is that cloud computing is not just hype. “The fact that cloud is making significant inroads globally and has captured the imagination of both the technology industry and the business community is likely to resonate well with CIOs in the Kingdom,” he added. IDC’s survey among technology users shows that the majority of Saudi organizations are still evaluating the benefits and relevance of various cloud models, and heavy uptake can be expected in the next two to four years. “This gives providers time to build up their cloud portfolios and invest in customer education to position themselves for the upcoming boom,” Naqshbandi said.