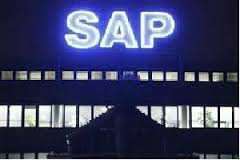 “We could look at almost any size,” SAP’s chief financial officer Werner Brandt was quoted as saying. Brandt, who will retire in May, declined to name any potential targets.

SAP has pushed back its profit target by two years as it waits for subscription revenue from cloud computing to gather pace and invests more in the business to keep up with a fast-growing market.

IBM Markets Intelligence estimates the cloud computing market could be as big as $200 billion by 2020.

SAP entered cloud computing in 2012 after spending $7.7 billion on buying internet-based computing companies Ariba and SuccessFactors. Analysts have said SAP may need more acquisitions to reach its 2017 revenue target of 3-3.5 billion euros for the business.