The money will be distributed equally among the funds. 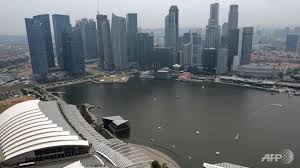 The investment is matched dollar for dollar by other investors among the six funds, making it a total pool of S$120 million.

Tech start-ups in Singapore can potentially tap the money to grow their companies.

Professor Low Teck Seng, chief executive officer at National Research Foundation, said: “We’ve been very successful in incubating companies through our incubator scheme and the other schemes that we have.

“As they grow, there’s a need for them to have access to capital. And we want to be able to encourage, you know, venture companies to look at Singapore-based companies, Singapore home-grown companies, to invest in them, to move them along the value-chain to become bigger companies.”

This batch of funding is the second, following the S$50 million invested by the National Research Foundation in 2008 under its Early Stage Venture Fund scheme.