Rumor has it that Facebook is on the verge of creating a new classifieds listings, which could put it in direct competition with Craigslist.

According to The Daily’s Matt Hickey, two anonymous sources within the social network revealed information on the project and said that it’s likely to be finished sooner rather than later. 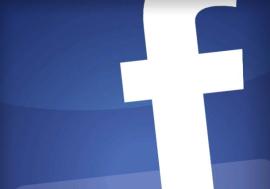 The service would reportedly let users create ads to show up in friends’ news feeds. These would essentially offer the same sorts of things Craigslist posts do — jobs, apartment rentals, and items for sale — but would only target users who meet specific criteria (for instance, those who live in Topeka where there’s an apartment for rent). Users could also add photos and links to these advertisements.

Hickey claims that Facebook would charge users a small fee to post some ads, such as items for sale. Others, such as rooms for rent, would be free. Users could also spread the ads far beyond the original poster’s social network by directing them to their own friends, whether or not they even knew the original poster.

Theoretically, at least, a project like this makes sense for Facebook as a new twist on classifieds — one that relies on latter-day word-of-mouth as opposed to the universal firehose of Craigslist. And in sheer economic terms, of course, it could presumably drive user interaction and page loads, and might even lead people to share more information about themselves in order to improve the quality of ads that reach them.

On the other hand, Facebook has tried this sort of thing before. Back in 2007 — when it had only 22 million members — the social network launched a free classified service it called Facebook Marketplace. While Marketplace still exists on the social network, it didn’t exactly take off, and in 2009 Facebook handed it off to another company called Oodle. It’s unclear what Facebook might do differently a second time around. (Though to be fair, 2007 was a lifetime ago for the company.)

Craigslist presumably won’t be too happy if Facebook does head in its direction, though it’s unclear how much it can do about it. The company has been fiercely protective of its own listings, and in July Craigslist sued PadMapper and the data harvester it uses, 3taps, for “unlawfully and unabashedly mass-harvesting and redistributing postings.” It accused the two companies of several infractions, including copyright and trademark violations and unfair competition.

But the PadMapper suit involved companies that scraped Craiglist’s posts and built new services with that information. By contrast, Facebook is purportedly building an entirely new classified network.