RightScale Sees Increase in Multi-Cloud Use and Adoption

Cloud computing is catching on in business, but not all alike, as recent reports say. For example, the firm RightScale that mediates between users and public cloud services announced the latest analysis on the issue and found that 75 percent of respondents are using the cloud to some extent. Companies with more than 1000 employees seem to be a little further before small businesses when it comes to adopting cloud computing. 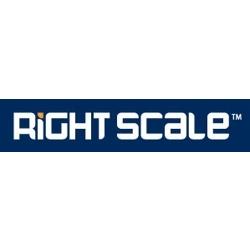 About 77% of these large companies have adopted cloud against 73% for companies with fewer than 1,000 employees. The RightScale 2013 State of the Cloud Report reported users are becoming more comfortable using the cloud. But about a year and a half ago, experts talked about the technology are in the adolescent stage. The cloud is growing and businesses are becoming more comfortable using it, even if it is of limited use cases for most businesses. The technologies are maturing faster than the customer base which means we should expect to see acceleration in developer use of cloud in the next five years, the report added.

The area of interest is the increase in the supply of resources across clouds, and multiple public clouds that include combinations of private-public cloud. More than three-quarters of large companies adopting clouds, and 77% of people have deployed multiple clouds, whether it is a hybrid model, which will include both public cloud and an internal private cloud, public cloud or more.

Users are getting more advanced, and the technologies to provide the capabilities for private cloud have become more advanced, as well. Users want to leverage their existing infrastructure and get better efficiencies from the hardware they already have. So they tie into a public cloud or they develop a private cloud. Again, compliance with regulations and safety concerns prevent some companies to try public clouds or in some cases even private clouds.

RightScale predicted Amazon Web Services as the public cloud leader, but Rackspace, Google Compute Engine and Microsoft Windows Azure are not far behind when it comes to conducting additional experimentation and testing in the cloud. The survey also noted that OpenStack is leading with about 10% of implementations; CloudStack was not far behind at 7%; and Eucalyptus spot third-place with adoption by 3.5% of the respondents.