Reval today announced its role as a collaborator in releasing the results of the third annual Future of Cloud Computing Survey, conducted by North Bridge Venture Partners, GigaOM Research and supported by 56 other collaborating organizations. 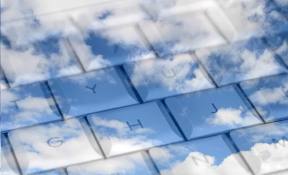 This year’s survey is the largest to date, examining viewpoints on drivers, inhibitors and opportunities in cloud computing across a sample of 855 respondents, including business users, IT decision makers and cloud vendors. More than a third of respondents were C-level executives within their organizations.

Cloud adoption continued to rise in 2013, with 75 percent of those surveyed reporting the use of some sort of cloud platform – up from 67 percent last year. That growth is consistent with forecasts from GigaOM Research, which expects the total worldwide addressable market for cloud computing to reach $158.8B by 2014, an increase of 126.5 percent from 2011.

“Reval brought its cloud-based Software-as-a-Service to market in 2001 to meet the complex needs of treasury and risk management for large and medium-sized corporations,” explains Reval Chief Technology Officer Philip Pettinato. “Our early adopters and the hundreds of companies that have followed since are among the largest brand names in the world. It is this global community of users that have enriched the platform for over a decade with deep and broad capabilities that span the treasury organization. With the driving dynamics of a complex business environment and the expanding requirements of treasury, the combination of Reval’s all-in-one TRM solution and its SaaS delivery makes it possible for companies everywhere to leverage the best practice functionality of the industry at large. This kind of enabling technology has a transformative effect on treasuries looking to optimize processes across the enterprise and drive innovation for sustainable business success.”

Dimitris Papathanasiou, Financial Risk Manager at Coca-Cola Hellenic, which received a 2013 treasury industry award using Reval, said recently that “The range of benefits we received from Reval’s SaaS delivery and its rich risk functionality helps us tackle the challenges we face today and those we could possibly encounter at any given time in the future.”

This year’s survey finds several important shifts in why and how cloud computing is being used, obstacles to adoption, where cloud decision-making resides within organizations, and how the vendor landscape is changing. It also serves as a barometer for the industry’s progression. Feedback from across the different categories of respondents was consistent, signaling a convergence of vendor and user needs. Further, the survey reveals that business is driving the revolution deriving clear benefits from cloud adoption in the form of continuous innovation and business agility to yield competitive advantage.

“Clearly, even in the 3rd year of our survey, we’re still very early in the cloud-computing revolution. Yet the cloud formations  we identified in last year’s survey are clearly on an unstoppable rise. Self-empowered consumers and businesses are taking the lead, and in many instances, regardless of IT. But IT is investing heavily both adapting internal infrastructure and adopting public infrastructure to respond on demand while managing the inevitable issues of compliance and regulation through hybrid approaches. And to realize the promise of the cloud, there is a clear call for the industry as a whole to help reduce complexity, and provide better interoperability,” says Michael Skok, General Partner, North Bridge Venture Partners.

Describing a vision of Bring Your Own Cloud services (BYOC) and the new reality of what Skok calls “Boundary-less” computing and “Out-servicing” he continued:

“Cloud services are being adopted and used in a “boundary-less” way where users are seamlessly integrating them at home and work across all their devices. And in an increasingly mobile pattern of business today companies are compelled to accept and adopt this BYOC model. In fact businesses themselves are adopting the boundary-less approach as they look to disintermediate and squeeze money from their value chains, focus on their core competencies and “out-service” (outsource non-core services) via the cloud. With all this in mind they are looking to gain competitive advantage from a core benefit of the cloud, namely continuous innovation by passing it along to their customers in the form of faster time to market and responsiveness to market needs.” For more including industry predictions, see the survey results blog post.