Amazon has snagged a massively high-profile client, according to Federal Computer Week: the Central Intelligence Agency. Citing anonymous sources, FCW said the $600 million cloud computing contract covers the next decade, and is aimed at helping the CIA build a cost-effective private cloud infrastructure to keep up with emerging technology. 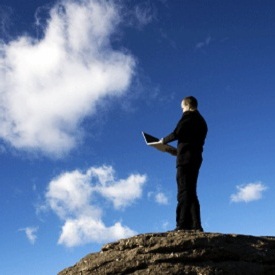 Neither Amazon nor the CIA immediately responded to PCMag’s requests for comment. Both agencies declined to comment to FCW; a CIA spokesman told the site that, “As a general rule, the CIA does not publicly disclose details of our contracts, the identities of our contractors, the contract values, or the scope of the work.”

During recent speaking engagements, though, CIA Chief Information Officer Jeanne Tisinger told the Northern Virginia Technology Council board of directors that the agency is “leveraging the commercial sector’s innovation cycle, looking for cost efficiencies in commodity IT, and using software-as-a-service for common solutions,” FCW said.

Currently, the CIA’s cloud strategy consists of a number of small, highly specific private clouds. But a partnership with Amazon could mean public cloud computing inside the intelligence agency’s secure firewalls, “thereby negating concerns of classified data being hosted in any public environment,” FCW said.

The CIA could benefit from a more secure cloud system, following last year’s Anonymous takedown of the agency’s website, as well as hits to the Department of Justice, the Copyright Office, and the FBI. A year earlier, the CIA site was hacked by Anonymous offshoot Lulzsec, though there were no details about the effects.