Online gift voucher retailer RedBalloon plans to employ cloud-based data warehousing to store and analyse data generated by its customers. Sydney-based RedBalloon effectively operates as a booking agent, selling the services of ‘experience’ providers, as well as a range of boxed gifts. Technology and development manager Paul Keen said that the company plans to use data warehousing as part of a project dubbed ‘Circle the Customer’. 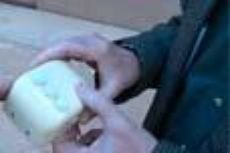 “The idea behind it is to take all the disparate data sources that we have – so whether we have orders from our website, [the customer] creates a review in Bazaarvoice, or they created a support ticket in Zendesk – we can bring all that information down to one central data warehouse, look at that data, analyse it, extract it out then use that,” Keen said.

The idea is to transform data from multiple sources into information that can result in a “a much more meaningful conversation with our customers,” he said.

Keen said that RedBalloon is only a small business, and conventional data warehousing is not really an option. Instead, the company will employ Amazon Web Service’s data-warehouse-as-a-service offering, Redshift.

Keen described it as giving a “small business the capabilities of a big business”. “So now we can actually deal with these big terabytes of information effectively which was really, really tough before,” he said.RedBalloon is aiming to increase the personalisation and context-sensitivity of its online services, Keen said. “An example of personalisation would be you on your mobile phone – we now link that up with your desktop experience [and] we now know who you are.

“The context side of it would be, well, if you’re on your mobile phone and we know it’s the day of your ‘experience’, you’re probably not shopping – you’re probably trying to find the number of the supplier or where the actual experience is. So we’re actually trying to be more intelligent and much more useful to you.”

Using Redshift is a natural fit for the company, which shifted all of its infrastructure to Amazon’s cloud about a year ago. Previously, the company ran on about 17 servers managed by a third party.

“The reason we moved [to the cloud] was … we wanted more control – we wanted control of the servers from the operating system upwards – we wanted more redundancy, because we suffered some pretty heavy downtime, and we needed a way to be able to have more fault tolerance in the system,” Keen said.

Having elastic computing resources also made sense for the company, Keen said, which, like most online retailers, has frequent spikes and ebbs in Web traffic and transaction volume.

“So we could go from making a million dollars in a day on Christmas Eve to making tens of thousands the next day on Boxing Day,” the IT manager said.

Cloud “allows us to scale up very quickly and then be able to go back down to a normal environment without any human assistance… so we don’t have to have any sysadmins having sleepless nights.”

Prior to the AWS shift, RedBalloon prepared for peak loads by using a lot of caching and having a couple of extra servers on standby. “We didn’t have true elasticity like you have in the cloud but you try to provision it, and that’s kind of hard with some traditional managed servers where you have to buy servers for two to three years,” Keen said.

The company went with Amazon’s cloud, although RedBalloon also shortlisted Telstra and Rackspace from a group of some 10 managed services and cloud vendors.

“All three of those were fairly aligned, so we had three criteria we used: local support, cost and technical competency. Amazon were … probably a year ahead of everyone else in the technology space, pricing – Amazon was cheapest and we actually found the local support in Amazon has been exemplary.”

Before the shift, RedBalloon was concerned about latency, especially as Amazon was yet to open a Sydney data centre. “We have run services from the US and they’re slow and you can’t get around that,” Keen said. However, Amazon ‘hinted’ that the company would be opening a CDN node in Australia, which the company unveiled in June last year.

Now that AWS’s Sydney Region has launched, RedBalloon is migrating its infrastructure to the local data centres. However, the company will maintain some services in an overseas region. “The day that we did a million dollars on Christmas Eve was also the day Amazon went down in North Virginia,” Keen said.

“I always thought a Region going down was so improbable, I just wasn’t going to worry about it. But … now I’ve had that sort of warning shot, that actually Regions can go down and if they go down, they’re going to go down for a number of hours. So I need to architect around that that and with the cloud you can do that very cost effectively, because you generally pay for what you use.

“We’re going to have a couple of servers sitting in a different Region and and they’ll just be synchronised. We’ll also have all the server images copied across and then if the [Sydney] Region goes down, we can just spin up a new region, make a couple of configuration changes and within about 15 minutes we should be up and running again.”