Open source cloud computing solutions based on the emerging OpenStack building blocks came closer to reality for global Linux software developer and services provider Red Hat on Monday. The Hatters are wasting no time in seizing what they see as an opportunity to gain more sales in the “cloud,” which has become a huge point of emphasis for the company. How important is OpenStack? “OpenStack is becoming our foundation for building infrastructure clouds,” said Red Hat Chief Technology Officer Brian Stevens in a conference call. 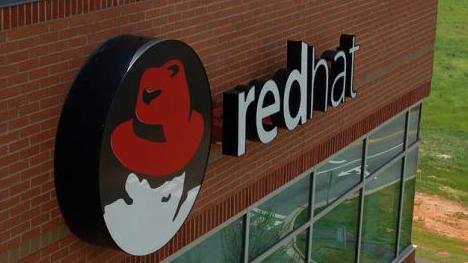 Over the past year, Red Hat has been steadily increasing its commitment to OpenStack, an international initiative for development of cloud computing solutions based on open source. On Monday, Red Hat took two more major steps to bring its Red Hat OpenStack solution to market. Among its partners are two of technology’s biggest hitters: Cisco and Intel. While some analysts have questioned Red Hat’s growing commitment to the cloud, company execs disagree.

The Hatters recently hired Microsoft executive Radesh Balakrishnan as “new head of its virtualization technologies and solutions” with a key focus being cloud computing efforts, and he was part of the announcements made Monday.

“So we want to engage north of 100 customers worldwide around Red Hat OpenStack bits based on [the new] Folsom release starting today,” Balakrishnan said in a conference call. “So these are going to be based on nomination and invitation from our sales force, and we are actually augmenting sales capacity as well as technical capacity around OpenStack in our sales force as we speak.”

“OpenStack represents an ideal example of community-powered innovation in the cloud, and Red Hat is committed to bringing a community-to-subscription model around the OpenStack technology that aims to redefine IT. We support the OpenStack ecosystem through software development and community engagement and are excited to continue advancing these technologies with the community through [Monday’s released named] RDO and for our enterprise customers with advancements with our Red Hat OpenStack distribution today.”

Red Hat defines OpenStack this way: “OpenStack is an open source project for building a private or public Infrastructure-as-a-Service (IaaS) cloud running on standard hardware. The typical analogy is that OpenStack gives you public cloud-like capabilities in your datacenter.”

OpenStack is designed to give users control of all aspects of data in a cloud environment through one dashboard.

Or as Red Hat explains it: “OpenStack is a cloud operating system that controls all the infrastructure—compute, storage, and networking—resources throughout a datacenter, all managed through a central dashboard.”

Red Hat is seeking to capitalize on an exploding market for cloud-related services.  Research firm IDC says cloud revenues exceeded $21.5 billion in 2010 and will reach nearly $73 billion by 2015. As part of its growth strategy, Red Hat (NYSE: RHT) is stepping up its commitment to the OpenStack movement for cloud computing offerings.

Red Hat said it was rolling out an “earlier adopter” program for its Red HatOpenStack offering based on early customer trials.

At the same time, Red Hat said Cisco and Intel were among the first companies to join its Red Hat OpenStack Cloud Infrastructure Partner Network.

Parvesh Sethi, senior vice president for Cisco Services, and Billy Cox, director of Intel’s Datacenter Software Division, said the decision to join the Red Hat effort was based on customer interest and a desire to create a cloud infrastructure that was secure.

“We have seen a tremendous interest in and pent-up demand for OpenStack from a broad range of Cisco’s most strategic customers, and we fully expect OpenStack to be widely adopted,” Sethi explained in a statement. “Until now, there have been limited production-grade fully supported solutions available. We are therefore excited to be exploring opportunities to expand our relationship to collaborate closely with Red Hat on the OpenStack cloud infrastructure.”

Added Cox: “Intel and Red Hat have a long tradition of working together to address our joint enterprise customers’ challenges in the datacenter. … We are collaborating with Red Hat to embed security into Red Hat OpenStack solutions to improve security through Intel’s Trusted Compute Pools – enabling an automated hardware root of trust to enforce and monitor cloud servers. Today’s announcement is evidence of the joint commitment to provide secure cloud infrastructure solutions to customers.”

Red Hat began offering a “preview release” of its OpenStack solution last August for the building of a mixture of private, public and hybrid cloud solutions. The company says it is aiming to deploy the first “enterprise-ready OpenStack” product.

The Raleigh-based company disclosed that it recently became the largest corporate code contributor to OpenStack. Red Hat wants to offer OpenStack technology that incorporates with its Red Hat Enterprise Linux, one of the most popular enterprise software solutions utilized by Wall Street and financial firms.

Efforts to develop a true open source environment for cloud computing were given a huge boost in two ways by Red Hat just a year ago.

Red Hat at that time became an official member of the so-called OpenStack project in what was a huge endorsement for the developers, the original partners including NASA and Rackspace.

The project could deliver for cloud customers the same kind of entrepreneurial, jointly developed environment that corporate clients are choosing to utilize rather than proprietary “closed” systems in other enterprise applications. It’s being called the “OpenStack way.”

Even before those announcements, Red Hat has been a very active contributor to OpenStack but had declined to become an official member due to concerns about how the organization would be governed. And for its lack of support, the Hatters have taken some criticism within the industry