Red Hat has updated a number of its products for running private clouds, better preparing them for the complex ways of the enterprise. 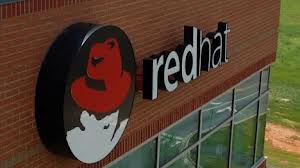 “The journey to the open private cloud has got multiple stages. We’ve got offerings to help you along every single step of the way and today we’ve refreshed all these offerings so you can take these capabilities into your environment and get to an open private cloud sooner rather than later,” said Radesh Balakrishnan, Red Hat’s general manager for virtualization business, in a Wednesday webcast detailing how the new products could be used in enterprises.

Red Hat Enterprise Linux OpenStack Platform is Red Hat’s commercially supported edition of the OpenStack cloud hosting software. The new version is based off of the Havana version of OpenStack, released in October. The package is built on the RHEL (Red Hat Enterprise Linux) 6.5 Linux distribution, and includes RHEV for managing virtual machines running on the KVM (Kernel-based Virtual Machine) hypervisor.

Much has been done in this release to aid the administrator in provisioning and managing the workloads that run on OpenStack.

Foreman, a new lifecycle management tool, allows the administrator to provision physical and virtual infrastructure resources from the same console.

A new OpenStack orchestration engine called Heat also provides some provisioning capabilities, and is able to work with a broad range of entities, including compute nodes, virtual machines, disk volumes, and security groups.

Red Hat’s release will be the first to include full support for OpenStack’s network management component, called Neutron (previously named Quantum), allowing the administrator to manage virtual Ethernet ports and other networking resources. The new OpenStack telemetry component, Ceilometer, monitors how much usage various OpenStack components are getting and who is using those components, which can be handy for billing purposes.

RHEV has also been updated. The newly released version 3.3 of RHEV features a new API (application programming interface) for backing up and restoring virtual machines. Already, Symantec, NetApp and Hewlett-Packard all have used the API to support for RHEV within their own backup products.

RHEV 3.3 also offers a self-hosted engine, eliminating the need to run RHEV on a separate server. “You don’t have to dedicate hardware just to run the management nodes. The management console can also run as a virtual machine,” Balakrishnan said.