Red Hat is growing up, and quickly. The Linux vendor passed the billion-dollar annual revenue milestone last year and is expected to grow another 15% in 2013. 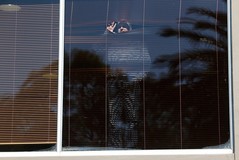 To help the company scale up, Red Hat just expanded its management team by one more vice president. Scott Musson comes to Red Hat from virtual computing specialist VMware , where he was responsible for that company’s global partnership programs.

At Red Hat, he’ll tap into his extensive contact list to grow the Linux expert’s partnerships in two directions. For one, he’s evolving Red Hat’s cloud computing and software-as-a-service strategies alongside all the major system builders. For another, Musson will push lesser-known products like storage systems and data management tools through his new employer’s burgeoning reseller networks.

It doesn’t hurt that Musson previously worked for Dell  and Hewlett-Packard  — two of the most important partners under his new purview. At VMware, he interfaced directly with IBM to the point where Big Blue involved him in some joint marketing programs. That’s the kind of well-connected background that Musson brings to Red Hat.

Fool contributor Anders Bylund had a phone conversation with Scott Musson to discuss how his arrival changes Red Hat’s strategy. In the video below, Anders explains the takeaway alongside an exclusive clip from the interview.

It’s no wonder why Red Hat is diving deeper into cloud computing and data analysis. The amount of data we store every year is growing by a mind-boggling 60% annually! To make sense of this trend and pick out a winner, The Motley Fool has compiled a new report called “The Only Stock You Need to Profit From the NEW Technology Revolution.” The report highlights a company that has gained 300% since first recommended by Fool analysts but still has plenty of room left to run.