More than 10,500 people cast votes for their favorite cloud startups. But before we get on to our final rankings, a bit of background on the voting process: Unfortunately, a couple of frisky engineers decided to try to hijack the vote with a few automated bot ballot-box stuffers, so some votes had to be purged [more on this here]. 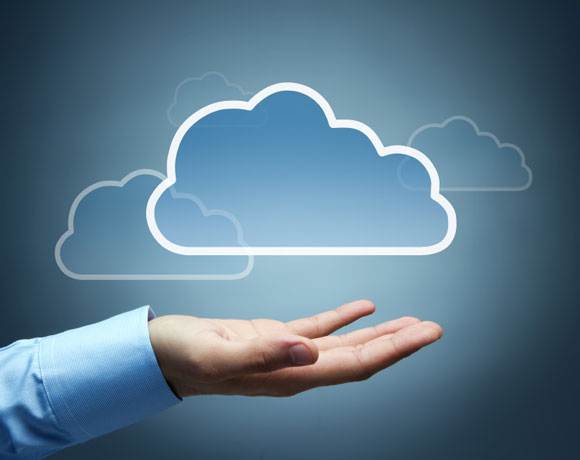 When the startups who most likely scripted the bots were contacted, the management teams appeared genuinely shocked. The CEOs involved tracked down the script writers quickly, reprimanded them and threw their startups at the mercy of the court.

We kept them on the list, because iIn the grand scheme of things, trying to hijack online voting isn’t a capital offense. It’s a misdemeanor, but enough of one to get you dropped down the list significantly.

To get a better sense of what factors that were weighted most heavily, check out the overview of selection criteria and weighting.

A big thanks to the 10,500+ humans who voted. As for our bot friends, sorry, you haven’t earned the right to vote — yet.

What they do: Provide cloud-based WAN optimization and application acceleration services.

Why they’re No. 1: Aryaka finished first in the voting. With a strong management team (CEO Ajit Gupta previously sold Speedera to Akamai for $500 million), a hefty bundle of VC funding, and a long list of named customers, they’re a solid No. 1.

CEO: Ajit Gupta, who previously founded Speedera and served as its President and CEO until it was acquired by Akamai for approximately $500 million.

Funding: The company has raised $45 million in three rounds of funding. The most recent round was a $25 million Series C led by InterWest Partners, with participation from Presidio Ventures, a Sumitomo Corporation Company, and existing investors Nexus Venture Partners, Trinity Ventures and Mohr Davidow Ventures.

Why they made this list in the first place: WAN optimization is typically too costly for the middle market. Aryaka zeroed in on this problem and determined that the best way to drive down costs and democratize the technology was to deliver WAN optimization as a service.

Aryaka first built a delivery network comprised of globally distributed POPs. Enterprise locations connect into the Aryaka network over existing Internet links (or using direct L2 connections) to one or more POPs. Provisioning can be accomplished in minutes — rather than days or weeks as with hardware-based solutions.

Market potential and competitive landscape: According to IDC, the WAN optimization market should have topped $1.3 billion by the end of 2012. There are some major incumbents in this market, though. Riverbed owns about 50 percent of the market, while Cisco, F5, Blue Coat and Silver Peak are all formidable foes.

That said, the IT market as a whole is slowly moving away from box-heavy infrastructures — the delivery model of the above providers — and to services. Moreover, the middle market is grossly underserved by existing solutions, and even many large enterprises are reluctant to deploy hardware at branch offices, which will greatly benefit from a service like this.

What they do: Provide OpenStack-based appliances that let businesses deploy and manage private clouds.

Why they’re No. 2: Nebula finished near the top of the voting, and it’s impossible to ignore the pedigree of their management team. They’re well-funded, and while there are plenty of OpenStack skeptics out there, I’m not one of them.

CEO: Chris Kemp, who was previously CTO for IT at NASA, where he also co-founded the OpenStack project

Why they made this list in the first place: OpenStack is shaking up the cloud infrastructure landscape, serving as the main open-source alternative (sorry CloudStack) to VMware. CEO Chris Kemp co-founded OpenStack while he was at NASA, and along with Rackspace, Nebula is a key driver helping to make OpenStack a viable alternative to closed cloud systems.

NASA and several other government agencies use OpenStack for their own private clouds. Nebula delivers its private cloud solution as an appliance.

Market potential and competitive landscape: Cloud market predictions are all over the map (Forrester predicts that the global cloud computing market will grow from $40.7 billion in 2011 to more than $241 billion in 2020, while Deloitte predicts that cloud-based applications will only replace 2.34 percent of enterprise IT spending in 2014 rising to 14.49 percent in 2020, while also pushing down costs in the process). We do know, though, that the cloud deployment and management market will be large.

This sector is a land grab as of now, but there is a ton of competition already, including VMware, AWS, Citrix (CloudStack), dinCloud, AppZero, Eucalyptus, Rackspace, OnApp, Piston and many others.