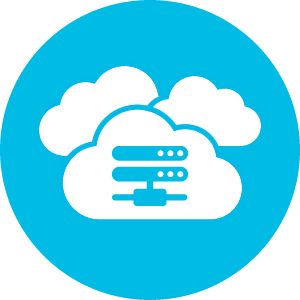 It goes without saying that Rackspace disagrees with VMware on quite a few things, as well. For one, the public part of the hybrid cloud should be based largely on open source code, not one company’s proprietary code, he said. For another, if you want hybrid cloud operations, the private cloud inside the enterprise should, in many ways, resemble the public cloud with which it will operate.

“VMware recognizes public cloud is a crucial part of IT now, and its partner ecosystem is not going to get the job done. They don’t have an ecosystem that contains a strong public cloud,” Moorman said.

AT&T, with its Synaptic Compute Cloud, and CSC, with CSC Cloud in Atlanta, might disagree with that statement; both are VMware vCloud partners and provide VMware’s full software stack as a public cloud environment. But outside of AT&T and CSC, VMware is limited to large regional players, such as Bluelock in Indianapolis, Salt Lake City and Las Vegas; Singtel in Singapore; or Colt in several European centers. VMware has acknowledged it’s difficult to counter the thrust of Amazon Web Services and other growing public cloud suppliers with such a decentralized approach. On May 21, it announced it will operate four public cloud locations of its own in the U.S. and one in London to better serve customers with an interest in hybrid cloud operations.

Moorman said the alternative, besides Amazon Web Services, is the OpenStack project, with its widely supported open source code producing innovations and features at a rapid clip. The project is currently on its seventh release, Grizzly, since its launch in fall 2010.

“The idea of using public and private cloud together is a powerful thing,” Moorman said.

And one of the best enablers, from his point of view, is the OpenStack set of code modules that allow a cloud user to run similar workloads behind the firewall or in the multi-tenant, public cloud. OpenStack software provides server provisioning, storage, networking, dashboard, image management and identity management. Companies are free to adopt OpenStack as the software for their private clouds. And both Rackspace and HP provide large public clouds with which they can interoperate. IBM is committed to do likewise with its Smart Cloud.

Intel, PayPal, Cisco’s WebEx business unit and the Department of Energy’s Argonne National Lab have implemented their own private versions of the OpenStack cloud.

Moorman’s company sells public cloud services, but he acknowledged that the unbridled enthusiasm for public cloud as a concept is coming down to earth. “The idea of the public cloud was so exciting when it came out, so amazing, so intoxicating. But now cloud users are looking at the tradeoffs,” when they want to be sure of keeping their data use in compliance with HIPAA or Sarbanes-Oxley regulations.

Now companies are taking a more mature approach to cloud computing that includes some notion or plan for operating in a hybrid cloud manner. The public cloud “is not a cure-all, not the ultimate solution” when it comes to meeting the needs of the enterprise. But hybrid cloud is a more balanced concept that will yield many of the benefits first associated with public cloud operations, he said.

Instead of waiting for VMware to produce its own version of the public cloud, companies should consider basing their private clouds on OpenStack, and then find an OpenStack-based public cloud partner willing to work with them, said Moorman.

“We not only run a big public cloud ourselves; we can help people in implementing a private cloud. We know how to do it,” and OpenStack will provide the building blocks, he said.