Australia now has its first public cloud offering powered by open source software OpenStack, deemed the “hybrid cloud.” Following the opening of the Rackspace Sydney datacentre in February 2013, today’s launch combines elements of public cloud, private cloud and/or dedicated servers, and allows them to work together as one infrastructure. 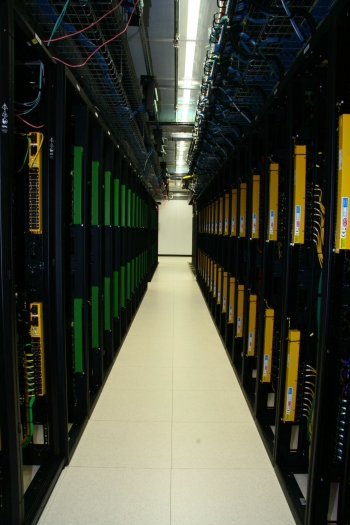 According to the company, its hybrid cloud generally provides better performance, reliability, security and lower total cost of ownership than a public cloud can deliver on its own, and today’s announcement means local businesses can have full access to the new offering.

“As cloud adoption increases in Australia, businesses are becoming more aware of proprietary technologies that lock them in to specific architectures and vendors. Today’s news frees Australian businesses from the vendor lock-in that they face at other major cloud providers, and provides choice for them to deploy an open hybrid cloud.”

The Sydney datacentre opened earlier this year to meet increased demand from Australian companies for managed virtualisation, and with the launch of the public cloud in Australia, the Rackspace Hybrid Cloud is now available to customers in the local datacentre.

“We’re delivering high performing hybrid cloud solutions, while empowering customers to choose features, services, prices and locations based on the needs of their business,” added Dorney.

Early customers in Australia already include Kogan, and IT enterprise firm 451 research. The news comes however as government surveillance in the US has led to privacy fears, and heavy controversy around ethics related to use of the cloud.

Tech guru Richard Stallman weighed into the cloud computing debate last week, telling The Guardian there was no need for cloud computing and that he encouraged computer users to rely on discs and their own hard drives.

“It’s stupidity. It’s worse than stupidity: it’s a marketing hype campaign,” he told The Guardian. “Somebody is saying this is inevitable – and whenever you hear somebody saying that, it’s very likely to be a set of businesses campaigning to make it true.”

The 55-year-old New Yorker said that computer users should be keen to keep their information in their own hands, rather than hand it over to a third party.

His comments matched those also made Larry Ellison, the founder of Oracle, who criticized the rash of cloud computing announcements as “fashion-driven” and “complete gibberish”.

“The computer industry is the only industry that is more fashion-driven than women’s fashion. Maybe I’m an idiot, but I have no idea what anyone is talking about. What is it? It’s complete gibberish. It’s insane. When is this idiocy going to stop?”