In a statement to the London Stock Exchange, it said the year to the end of this month is likely to see pre-tax adjusted profit of around £10.6m. That would be a rise from £6.9m in the previous year. It said the firm’s growth was coming from expansion of its existing base as well as from acquisitions. 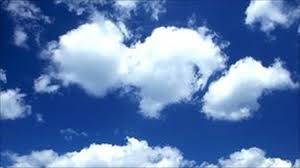 It bought Manchester-based Melbourne Server Hosting in August 2012. Directors say that pattern is expected to continue as consolidation in the cloud computing sector takes place.

“As a result we remain very confident of further growth in the next financial year and beyond.”