Home Predictry aims to give small retailers Amazon-like predictive powers
DT, June 30, 2014June 30, 2014, Emerging Technology, IT Strategy, Technology, Ecommerce, ecommerce experience, ecommerce firms, ecommerce industry, Emerging Technology, IT Strategy, Malaysian Development Corporation, Predictry aims, technology, 0
This phenomenon presents a huge opportunity for those in ecommerce. Amazon has tapped into consumers’ desire to be told what to buy and built a billion dollar business around it. They use an algorithm which customizes the recommendations that appear on every web page you browse. For example, a tech aficionado will see more gadgets appear as they move through Amazon. It is orchestrated as surely as a show on Broadway. 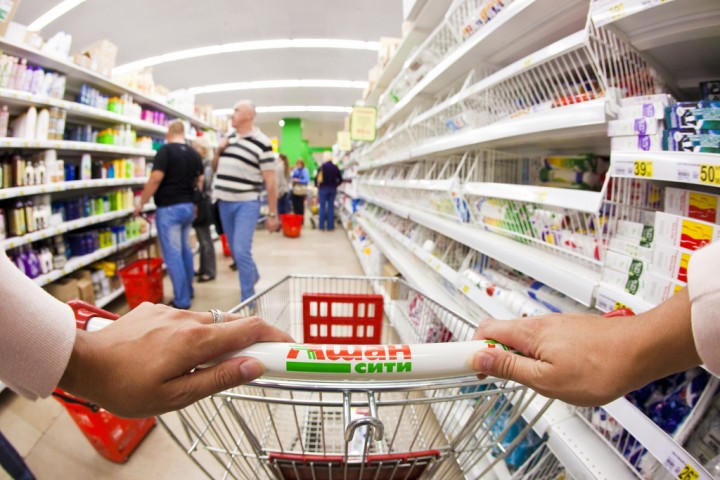 Seng Teong Chua, founder and CEO of product recommendation engine Predictry, is no stranger to Amazon’s tactics – he has been a huge fan of the ecommerce monolith for the past decade. However, upon returning to Malaysia after working in German ecommerce company Rebate Networks, he was surprised to find that most local ecommerce store owners were not as sophisticated.
“I found out that they were only aware of generic recommendation plugins that were very simple in nature – these were made for an era long past,” he explains. “Today, there are so many more things being sold online. How can you use a plugin designed to sell shoes to recommend 40-inch plasma TVs? They are completely different, and so it just won’t work.”
He also found it odd that data scientists hadn’t jumped onto this market opportunity. After some questioning, Chua realized that data scientists from major firms in Germany were aware of this market gap – they just were not willing to work with businesses to improve their own algorithms.
“Data scientists are very egoistic – they always think that their algorithms are the best,” Chua reveals. “They usually end up getting very frustrated when their algorithms fail, because with no ecommerce experience, they have no clue what to track online.”
Chua gave the example of an online food delivery service. Speed is of the essence, because people who order meals online are typically in a rush. The superior online food delivery service therefore provides accurate recommendations as quickly as possible.
“If you understand that, you would know that it’s not necessary to get the best recommender – just the fastest would do,” he explains. “The plugins out there now are just not meeting the needs of the market.”
Some have tried, no doubt. “There are some firms who offer these services, but they are charging exorbitant sums – up to US$30,000 for implementation,” he says. “No startup will be able to afford that.”
“So now there are the generic plugin creators who don’t understand the market, while those who actually do understand are charging an arm and a leg for it. So I thought, if nobody is doing it right, I’ll do it then. Why not?” Chua says with a smile.

Simple, but in high demand

Chua has a hand in several ventures and holds multiple management positions. But he says that Predictry was by far the easiest product he ever had to sell. “I didn’t even need slides. All I needed to ask was, do you want the Amazon trick? I’ll give it to you,” he says.
predictry dashboard How Predictry’s dashboard looks like for merchants. The team is currently running trials with several big companies, which Chua declined to name. “I was pretty shocked to learn that such big names did not have such an engine in place,” he says. “But that’s the beauty of market validation.”
It was precisely this market validation that helped Predictry secure government funding in Malaysia. The startup raised US$230,000 in seed funding from the Malaysian Development Corporation’s (MDeC) Big Data Product and Commercialization Fund previously.
“MDeC is a lot stricter in its requirements, especially after several people misused the funds given to them,” Chua explains. “What they require now are Letters of Intent, and because such documents are a part of our business process, we had plenty to show them. That’s how we got funded.”

The question is this: how was the team at Predictry able to make such complex algorithms affordable to the average startup? “Being new in the market, we had an advantage over the older players – we weren’t encumbered by infrastructure that was necessary to run such engines in the past. Also, there were far fewer ecommerce companies out there last time, so they had to make money somehow,” Chua says.
“Because they had sunk so much money into such infrastructure, they needed to charge more in order to make up for the costs involved. These days, infrastructure is cheap, though data scientists tend to be a bit more expensive. For us, we might not be able to make money through our first ten customers, but there are a hundred more ecommerce sites out there – no issue. We can easily make back a margin that might be small, but will allow us to be profitable.” At the end of the day, Chua wants to accommodate the minnows in the market who have it the toughest, such as growing blogshops.
As traffic grows on these blogshops, they’ll need more server bandwidth to support the growth, and they’ll pay a little more each time. “Essentially, I want to make sure that at first, these sites have enough click-through to survive,” he says. “So my strategy is quite different: I’m focusing more on mid-sized players, rather than concentrating on the top five ecommerce firms out there.” In fact, Chua reveals that they haven’t even come up with a pricing model yet. “I’m giving our current clients at least three months free of charge to let them try it out and see if the algorithm works or not,” he adds.
“We put the code in, collect data, and show them the recommendations. If they’re happy, we run with it. If not, we collect more and try again. We want to ensure that they know it’s not just a placebo effect.” The team currently is in the trial stages with three clients from different verticals – you can see the engine in action here. Through the trials, the company will improve the algorithm’s ability to recommend relevant products, which will then be rolled out to other online retailers. “We want to challenge ourselves, even to the extent of proving that we can take on markets that sell products from several verticals.”

The team has been receiving a lot of interest from around the world, particularly from Asia. This is fortunate for Chua as he intends to focus on Asia, and in the near future, Europe.
As a native Malaysian, Chua has a soft spot for the local market. It doesn’t hurt that there are plenty of opportunities available there – many local offline retailers still shy away from going online. Surprisingly, Malaysians prefer to do transactions via Whatsapp or personal messaging than on the Internet. “An ecommerce store might have a website, with a check-out and everything in place. But people will still choose to message the owner directly and ask questions, even though everything is stated on the website. It’s ridiculous,” he laughs.
“Then they’ll say something like, can you help me buy this, and I’ll pay you via my bank account? Simply put, they just don’t trust the system – they find it more personal and hence trustworthy to do it this way.” Despite this, very few have seen the opportunity to change the landscape.
Chua fully intends to be there waiting when the trend starts to turn towards the cyberspace. Right now, he is putting most of his effort into developing a more sophisticated recommendation solution. One of the features he is working on is sentiment analysis. “The words that people use to comment on a certain product – we want to harness that. If someone says that the iPhone sucks, of course we won’t show it to him,” he explains.
“We are also looking into the social element of recommendations – we’re researching on that now.” However sophisticated the engine gets, simplicity is still key to Predictry’s success. “Data protection is a real issue right now, so while we want to be able to get as much data as possible to inform our recommendations, we want to do it anonymously – that’s the baseline,” Chua says. “Adding on elements such as sentiment analysis and social aspects is a different gameplay which would require us to look at the data, massage it, and see what we can get out of it.” Despite having secured a recent round of funding, Chua is raring to secure another round right away. What he wants in an investor is very specific: someone who is well-versed in the retail space, online or offline; or someone who is very knowledgeable about the ecommerce industry.
Share this
0 likes
Related Articles
0 Comments