Application migration projects that move systems from traditional computing platforms to cloud-based platforms are becoming commonplace. I’m up to my armpits in this world right now, and I’ve found there are many lessons to be learned. 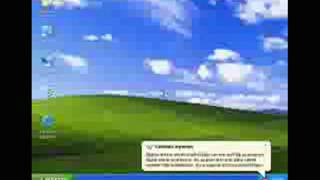 These application migration projects move from older Microsoft and Unix-based platforms to comparable cloud-based systems, with PaaS or IaaS as the targets. The idea is to get the code up, get the data up, get it recompiled and retested, and you’re done — but that’s not the reality.

The ability to use the native features of public or private clouds is the real endgame. You can’t do that without some code and data redos, where the applications go through needed transformations to rock the cloud-native APIs.

These cloud-native features include the ability to manage resources more effectively, such as storage and compute, as well as the ability to provision and deprovision service instances that allow the applications to autoscale and autocontract. The results are applications that can function cost-efficiently on the cloud computing platform, so the application — not the platform itself — makes decisions about how to allocate and manage platforms resources.

The problem is that most organizations migrating to cloud-based platforms don’t change the applications to use the features of their target platform. The resulting applications don’t optimize the platform, so they are more expensive to operate — in fact, their overall cost could end up higher than leaving the legacy apps in place.

As a result, the projects fall short of the cost efficiencies the cloud can provide. Second, the apps can’t maximize performance for their users, so a poorly migrated cloud-based application is considered a “dog.” Finally, there is very little planning for security and governance for cloud-based applications, increasing the risk.

The good news is that it’s an easy fix: Take time to focus on the applications. Make modifications to ensure that the application can take advantage of powerful cloud-based platform features. A bit of time, planning, redesign, and coding go a long, long way.