Pivotal couldn’t have asked for a better time for its platform-as-a-service offering to launch to general availability. 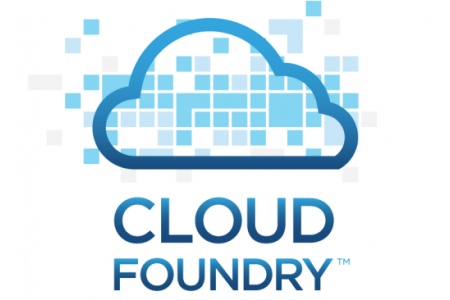 The VMware/EMC spin off has been working on its PaaS offering for three years and is unveiling it for anyone to use today. The offering comes just as discussions of PaaS, particularly for enterprise use and among OpenStack supporters, have become particularly active.

Let’s start with the basics. Pivotal today is delivering two products: Pivotal CF and Pivotal One.

In addition, the company is rolling out Pivotal One, a suite of applications and services around big data that will run on top of Pivotal CF, including a Hadoop distribution, a MySQL service and an enterprise messaging system.

The launch comes at a time of renewed interest in the PaaS market. After lots of buzz around PaaS a year ago, the focus shifted to infrastructure services.

But it’s really logical that PaaS interest should bloom now, said James Watters, head of product for Cloud Foundry at Pivotal. “PaaS builds on the fact that you have an IaaS that exists,” he said.

Now that many businesses have either built their own infrastructure clouds or have begun using public clouds, they’re interested in the benefits of a PaaS, he said. “I think the enterprise has become ripe for a platform that you can quickly deploy and scale,” he said.

But this interest comes after a time of concern that the PaaS market might falter, particularly given the lackluster response that Microsoft’s Azure PaaS got. Since Microsoft has gotten into the IaaS game, Azure has been well-received. But its PaaS offering is thought to have received little interest.

“That’s been one of the walls of worry we’ve had to overcome – Microsoft’s colossal failure as a PaaS,” said Watters. But he said that the problem with the Azure PaaS was that it didn’t fit the demand and wasn’t open. “Microsoft built a PaaS that a lot of people didn’t want,” he said.

Beyond Azure, how OpenStack should best support PaaS services has been a central discussion recently. First, Rackspace kicked off an OpenStack project, called Solum, that’s backed by eBay, RedHat, Ubuntu and others. But just last week, Ubuntu also said it was prioritizing a new effort it was kicking off to back Cloud Foundry. Project Solum has been criticized by some people who say that PaaS should be left to third parties, rather than become an official OpenStack effort.

There will surely be more discussion in the months to come. Meanwhile, Pivotal has a press conference scheduled for Tuesday morning to further discuss the launch. We’ll update this story if there’s more to add.