Piston Ships OpenStack On A Stick 2.0

Piston Cloud Computing Tuesday released version 2.0 of Piston Enterprise OpenStack, a pre-configured cloud operating system based on the OpenStack project and loaded into a Piston cloud key memory device. The customer sets a few configuration parameters on the cloud key memory stick, then inserts it into the USB port of a top-of-rack’s Ethernet switch. The system loads into the Linux server space of the switch, discovers the servers in the rack, and configures them into a system with virtual machine provisioning, pooled storage and networking and cloud management. 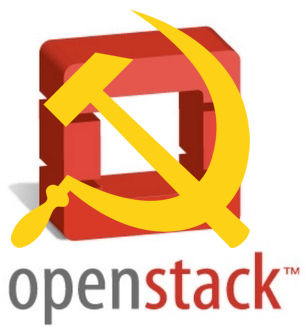 Not every enterprise network administrator is going to want to plug such a device into the heart of the his cloud network, lest someone one day exploit the practice and inject malware into the heart of his cloud. But Joshua McKenty, co-founder and CTO of Piston and a veteran of both the NASA Nebula project and Netscape 8 browser development, said Piston wanted to bring a foolproof, non-fragile version of OpenStack to market that installed without complications.

OpenStack is also available as sets of software modules found in the Ubuntu, Red Hat and Suse Linux distributions, but few would describe these versions of OpenStack as non-fragile from the moment the components are loaded onto the server.

ndeed, the competition among OpenStack vendors is likely to heat up rapidly as the software emerges as one of the major options for building private cloud operations inside the company firewall. VMware is in the running as well, and about to launch an additional public cloud option of its own, according to some reports. In addition to Piston, startup Nebula, under former NASA CIO Chris Kemp, brought out the first version of its OpenStack appliance April 2. The Apache Software Foundation now hosts a competing CloudStack project which started with OpenStack code. Citrix Systems, former owner of CloudStack, is a backer of that project.

Piston’s Enterprise OpenStack 2.0 is based on the Folsom release of OpenStack, which came out last September, not the recent Grizzly release, because Piston is aiming for production-level stability in its releases, McKenty said in an interview. He calls it a turnkey product, ready to run after installation.

While it’s an OpenStack implementation, Piston’s announcement, for the first time, emphasizes the proprietary extensions it’s made to the open source code, using the catchphrase, “more than just OpenStack.” For example, Piston has extended the KVM open source hypervisor to support virtual memory streaming, which allows live migration of KVM virtual machines.

It also allows the virtual machines to oversubscribe the limited amount of RAM. Since the RAM is a pooled, virtual resource, many VMs would have to tap into 100% of their subscription to cause a shortage, and Enterprise OpenStack can monitor and manage memory use to prevent a shortage if that limit is approached. Meanwhile, individual VMs can use more memory, when they need it, than they might otherwise be assigned.

McKenty added that Enterprise OpenStack is “compatible with the entire software-defined networking vendor ecosystem,” although that reflects a limited number of options, since SDN is still in its infancy. HP, Cisco and Juniper have switches and routers capable of supporting SDN protocols, such as OpenFlow, but additional network management software is in the works to make software-defined networks an extension of the virtualization environment.

As a sign of the increased competition among OpenStack vendors, McKenty made a point of saying that Piston has certified “a whole bunch of hardware choices” to work as servers under Enterprise OpenStack. That’s something of a contrast with Nebula, which also produced a pre-configured and hardened version of OpenStack on an x86 appliance that works with three brands of servers. McKenty reeled off five.

Throughout the interview, McKenty said Piston’s goal was to put management of the private cloud into the same category as managing a herd of cows, as opposed to raising a puppy. It’s a well-traveled analogy, with the puppy requiring a family of three to raise it, while the herd keeps moving in the intended direction, even when a member falls ill and is dispatched by the cowboy drover. McKenty embellishes the analogy: “A few cowboys can drive tens of thousands of cows over great distances, all while drinking whiskey.”