Phishing Scams and Spam Reportedly Down in October

Phishing scams on social networks have shrunk considerably in October, and spam in general has decreased too, according to a report by Internet security giant Kaspersky Lab released last Friday.

Compared to September, phishing attacks — emails that trick users into sharing private or financial information with hackers that can then steal their money — decreased by more than 10% last month. Even though that’s clearly good news, it wasn’t exactly a surprise for the analysts at Kaspersky Lab. 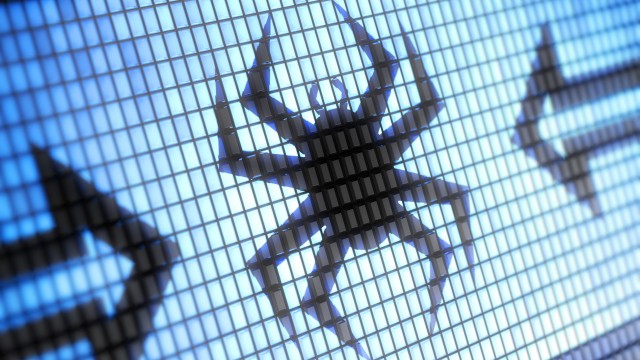 “The fact is that in summer phishers mostly attack schoolchildren and students who spend lots of time surfing the Internet during their holidays,” writes Darya Gudkova, Kaspersky Lab’s head of content analysis and research. “As business activity starts to resume at the end of summer, fraudsters return their attention to financial organizations.”

In fact, phishing attempts on financial organizations were up by almost 3 percentage points, and attacks on online shops increased by more than 5%. Nonetheless, the percentage of phishing emails in general was the same as September, making up 0.03% of all emails circulating on the Internet.

Twitter fights phishing with its Trust and Safety team, which is tasked with identifying and deleting spam or malicious accounts everyday. Also, according to Jim Prosser, a Twitter spokesperson, the microblogging network protects its users passing all shared links through it’s link shortener, t.co. “The links get checked against a list of potentially dangerous sites, and users are warned with an interstitial message when clicking on potentially harmful URLs,” he wrote to Mashable in an email.

Facebook launched a new protection against phishing in early August, setting up an email account — phish@fb.com — where users can report phishing attempts. This crowsourced approach complements the social network’s internal systems to detect phishing scams. Like Twitter, Facebook also has a similar link checking system called “Link Shim. Every link clicked on the social network is checked against a blacklist of malicious links compiled by Facebook and its security partners like McAfee and Websense.

Spam emails also decreased with a slide of 4.5% compared to September, although they still take up 68% of all email traffic. The favorite spam techniques involved fake hotel reservations, wedding invitations, and even political spam. Taking advantage of the U.S. election, spammers spread messages asking users to share their views on which candidate would be President for a chance to win a $250 Visa gift card. In reality, it was just a trick to amass email addresses to add to spam databases.

Spammers are also starting to ramp up their holiday-themed spam emails, luring users to click on malicious links with the promise of gifts and discounts.

The report concluded with a few words of advice for netizens: “Users should be especially watchful making e-payments and entering confidential data on the Internet,” wrote Gudkova. “Do not click links in spam emails and do not open attachments from unknown senders. Apply software updates as soon as they appear.”