Small-business owners who use PayPal to process their online purchases are getting a gift this holiday season: another way to encourage shoppers to spend. The online payment powerhouse has extended its Bill Me Later program, allowing customers of small and medium online businesses to finance purchases of $99 or more. 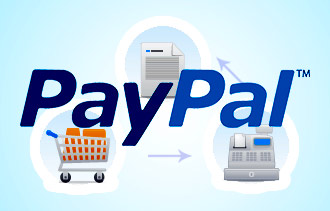 Merchants whose customers choose the Bill Me Later option are paid immediately by PayPal, while customers receive no-interest financing for six months — pending credit approval by Salt Lake City-based lender WebBank. This means that customers who might be low on cash now have an incentive to spend a little more in order to cross the $99 threshold.

“It looks like any other PayPal transaction to the merchant — they still get paid right away, don’t pay any additional costs, and don’t assume any credit risks,” says Peter Karpas, PayPal’s vice president and general manager for small and medium businesses in North America. Should a customer fail to pay off a purchase within six months, PayPal says it will charge that person interest at an annual rate of 19.99 percent.

The Bill Me Later service, which PayPal acquired in 2008, is already available in the PayPal wallet, but had been accessible only by larger merchants. According to a July 2012 study by the research firm Forrester, participating merchants saw a 5.7 percent sales increase over a three-year period.

“We’re rolling this initiative out in time to give small businesses a growth boost during the holidays when shoppers can be low on cash,” Karpas says. Small-business owners who want to advertise this new payment option to customers can install website banners provided by PayPal.

PayPal’s decision to make Bill Me Later available to its small- and medium-size business clients appears to be an effort — at least in part — to maintain an edge over mobile and online-payment competitors such as Square, which doesn’t offer a financing option.