Pat Gelsinger: ‘Cloud computing is the fifth wave, firms must ride it or be swept away’

There are plenty of unusual things about the American technology group VMware not least that it is a strong contender for the title of the largest company nobody in Britain has heard of. Its name stands for “virtual machine software,” a buzz phrase few people outside technology are familiar with. But this has been one of the world’s fastest growing computer software markets in recent years and VMware has an 80pc share, well ahead of Microsoft, the next largest player. 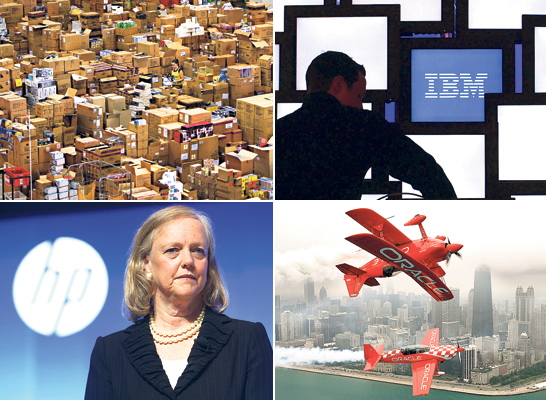 Sales of “virtualisation” services are growing 20pc a year and such is the potential that, even after a 30pc fall in its share price since September, the company’s stock market capitalisation is $32bn (£20bn), making it two thirds the size of its 80pc shareholder, US technology group EMC.

Chief executive Pat Gelsinger, a 51-year-old father of four, runs the company with the kind of missionary zeal that you would expect from a former Sunday school teacher. He has written a book about the importance of work-life balance and regularly prays for his employees.

He claims VMware is the “only company that can serve the way the internet is going” and believes the cloud computing revolution is as big a change in the technology world as anything that has gone before and will transform the industry, leaving victims in its wake.

“This is the fifth wave of change in the IT industry,” he says. “It went from the mainframe era to the mini-computer era, the PC era and the internet era.

“Each of these waves caused fundamental disruption and we see this current era of cloud computing as potentially even more disruptive. And companies rise and fall with those innovative waves.

“At VMware today, we see ourselves as this unique company that’s truly modernising how existing IT is done.”

Virtual machine software emulates the architecture and functions of a real-world computer and Gelsinger says VMware is way ahead of better-known players, particularly in the “private cloud” or internal data systems of major companies.

“Companies like Amazon are clearly positioned for the public cloud but have no technology for the private cloud,” he says. “So you can move workloads to Amazon but you can never bring workloads from Amazon back into your data centre.

“We want to make the internal data centres, or what you would be doing internally if you were, say, Barclays Bank, as flexible, scalable and agile as those designs for public data centres.

“That’s what VMware does. It enables companies to take their existing workloads and put them on a new infrastructure alongside some new apps. That’s a hard problem but we solve that hard problem. It’s the magic of virtualisation.”

This kind of talk has built VMware something of a cult following in the technology world. Some 8,000 people attended its VMworld European conference in Barcelona last September and 21,000 annually attend its equivalent event in the US.

So which companies does Gelsinger believe will be the victims of this new computing wave?

“It’s a little bit dangerous for me to predict the demise of companies that may be our customers today. These are very dangerous waters,” he replies diplomatically.

He then adds: “But look at companies that have enormous positions that are heavily tied to today’s environment, a company like IBM in the mainframe business. They cannot easily move to a cloud model. They have announced new cloud services but that’s a big transition.

“And at Oracle, everything is tied to their core databases.

“As you look through IT companies you very quickly see those who have determined their strategies for moving forward and those that are struggling.

“Clearly, an example of that is Hewlett-Packard. I think it’s way too early to say who will rise and fall as these tides are still early, but companies are having to rapidly reposition themselves for the future and some will succeed and some won’t.

“With certainty, within a year from now several major technology companies will be reformed or will be no longer.”

VMware has suffered some turbulence itself. Founded by Diane Greene and her husband, Mendel Rosenblum, with some colleagues in California in 1998, it was bought by EMC six years later for £625m.

In 2007 EMC floated the company on the New York Stock Exchange, retaining an 80pc stake. A year after that, Greene was fired, with former Microsoft and Intel executive Paul Maritz brought in to transform the company. Under his leadership, VMware’s revenues quadrupled from $1bn to $4.5bn.

Gelsinger, a 30-year veteran of Intel, joined VMware from EMC last September. VMware’s structure is certainly unusual, but Gelsinger believes its independence from EMC allows it to take on conflict that its parent could not manage. For example, EMC is a long-time partner of Microsoft, with which VMware competes aggressively.

“This is the magic of this independent structure. It’s a unique structure in the business world today. Will it last forever? I am sure not but there are no forces that make it unsustainable as long as we manage it properly.”

Gelsinger says he was schooled in the mantra of former Intel chief executive Andy Grove that “only the paranoid survive”.

“I believe in that,” he says. “Anybody who doesn’t fear Microsoft does that at their peril. This is a very strong and powerful company. We have to look at them as a competitor and be paranoid about them.

“We’re on our ninth major release of our software. They’re delivering their version three so we have a substantial lead. We see ourselves well ahead but we do so with clear paranoia about the need to stay ahead, innovating, delivering and partnering more effectively.” He does acknowledge, however, that there’s work to do on the company’s brand, laughing when I suggest British customers might confuse it with Tupperware.

“I hope not,” he says. “To those of us in the industry, it carries tremendous meaning. But do we need to brand it more widely and get a bit broader with our appeal under that name? Probably, but so far we haven’t ventured far from the IT base.”

That is itself substantial with 400,000 customers and 13,500 workers, including 1,500 in the UK its headquarters are in Frimley, Surrey and Ireland.

Gelsinger still takes a personal approach. “I believe that you need to be the same person in the workplace and the home and get these things in balance. We work to live, not live to work.

“When I meet my employees I want to know about their families and how things are going. If one of them has an issue with a parent or child, I’ll say ‘let me think about that and I’ll pray for you about that.’ ”

Gelsinger, who led a weekly home bible study for 16 years and served as a Sunday school teacher, is also heavily involved in philanthropy. He and his wife, Linda, also helped build an orphanage in Nairobi.

“We’re a socially-conscious company playing a major role in the communities that we participate in,” he says.

“I think there’s a higher calling than just our revenues and our profitability. My world is now the VMware world. I have 13,500 employees essentially in my sovereign care. It’s a very high calling for that community.”