Past Predictions In The Automotive Cloud Gradually Evolving To Reality

Many of the predictions in the automotive sector that happened in previous years are evolving into a competitive reality. They are becoming more practical than one probably thought they could be. However, some are taking an about turn and making a leap for the better or for worse. It is the latter that will start this discussion, beginning with the emergence of the powerful brand-based cloud over that of dealers. 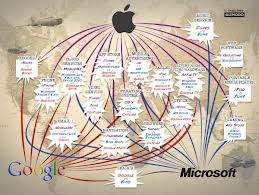 Some of the major predictions of past years were that the information systems that were available in dealers’ sites were limiting the sector into many private clouds. If one went to Brand A, for example, he or she would find multiple outlets and service centers, each having its own fantasy cloud. This tended to make the availability of spare parts, for example, limited to that cocoon of dealers. Technology would also suffer a slap in the face for lack of open source systems.

At least the above backlog has changed in the name of brand-centric technologies. Mercedes Benz for example fairly recently unveiled its encompassing cloud systems. This will comprise of news feeds, infotainment as well as face reading and voice detection technologies. Because the transformation will happen in all luxury models that the maker considers necessary to become virtual terminals, it will be a technology that will fulfill its mandate of curbing the infiltration of segregate dealing systems, each with its own cloud. The only shortcoming for this is that it will be like smart phones where every brand has its own app store, which gags open-ended technologies.

Analysts for 2012 had trained their binoculars on cloud applications as the biggest game changers in the car milieu. Though there are other IT systems and design features that have also come into the mix for the year, at least cloud dominance has remained largely true. The word ‘infotainment’ is a buzzword that ranks together with cloud and big data as the jargon that could not leave the tongue for the past few years. Furthermore, infotainment is synonymous with a vehicle’s cellular, telemetric and Internet integrated features.

The best illustration of the impact of this technology is the fact that two automobile giants from Japan, one from the United States and one from Germany have all launched or seek to launch their cloud offerings. Some are starting their own in-house platforms whereas others are going for classic provisioning technologies like Windows Azure.

It is not too blunt to say that most predictions make sense just because they are feasible. It is easy to foresee the twist of technology from a mile away if one uses historical analytics to know how tech changes. Of course there is a twist here and there but auto and cloud predictions never soar very far from the truth though sometimes they seem too fantastic to be real. That Google’s self-operating cars have become common in California roads, under tests, is enough evidence that the automotive industry is ‘swimming’ in exciting waters.